Every spring, as the ice disappears, Pictou Island reopens and this year there is something special is in store. Pictou Island Wooden Tents is adding a yoga studio. Construction of the 832 square foot facility is scheduled to commence in May, as soon as the lobster traps are off the wharf. Over the past six years, the Wooden Tents have been hosting a growing number of yoga retreats and have eight scheduled for this summer. Instructors and students from across the Maritimes have been thrilled by the natural beauty and tranquil nature of the island.

But nature, from time to time, gets in the way. “In the past, we have even moved all the furniture in our cottage to get a yoga lesson in out of the rain,” said Wendy Foley, co-founder of the Wooden Tents. “There was nothing we could do about Hurricane Dorian in 2019, but everyone enjoyed being on an island for that storm!”

As with most things on an island, building a yoga studio presents its own set of obstacles. First, all materials must be transported by barge and boat from the mainland and with lobster season due to start May 01, most local wharves are loaded with traps. Once on the island, everything needs to be moved without the aid of a boom truck up a dirt road to the chosen site.

“We decided to position the new studio halfway up the wharf road with a wall of windows facing the lighthouse and fishing wharf,” said Lorne Matheson, the other co-founder. “We thought about putting it in the vineyard by the old homestead, but the view won out!” With no hardware stores on the island, material lists have to be meticulously prepared to ensure that everything is there when it is needed. “Running down to Hector’s for a few more two-by-fours isn’t really an option,” added Matheson.

Since the 1960s Yoga has been a growing passion for people around the world, and after holding their first yoga retreat in 2017 hosted by Mary Zarei, a native of Merrigomish, Lorne and Wendy could see the need for a dedicated site where Maritime yogis could practice – and what better site than an island with more blue herons than people. “The yoga communities in Nova Scotia, New Brunswick, and PEI have been very supportive of us and we see this new facility as our way of supporting them in return,” said Matheson.

The Studio is expected to be available for use starting with the first retreat this summer on July 4 featuring Devon Koeller of Wolfville who will lead yoga and offer instruction on the basics of getting a backyard vineyard off the ground. Lessons will still be held at various locations on the island, from sunrise yoga at the east end beach to sunset yoga at the west end point and plenty of neat locations in between. But now there will be a place for rainy day yoga and to gather in the evenings. “We also see this as a way to extend our season into June and September when the weather can present challenges,” added Foley.

Pictou Island is situated in the middle of the Northumberland Strait, a 45-minute ferry ride from Caribou, Nova Scotia. The Wooden Tents are a short walk from the island’s wharf and only store. The property also includes a lovely sand beach, a vineyard, and a blue heron colony. The six wooden tents are 8 feet square and 8 feet tall and built from local hemlock with shingled roofs and canvas on either end. Each tent includes two foam mattresses, a small picnic table, personal utensils, and two chairs. Attendees cook their own meals at a fully equipped cooking pavilion. There is also an enclosed fire pit, a solar shower, and three sweet outhouses. WiFi is available at the island’s community centre. 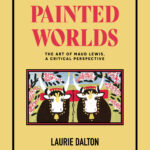