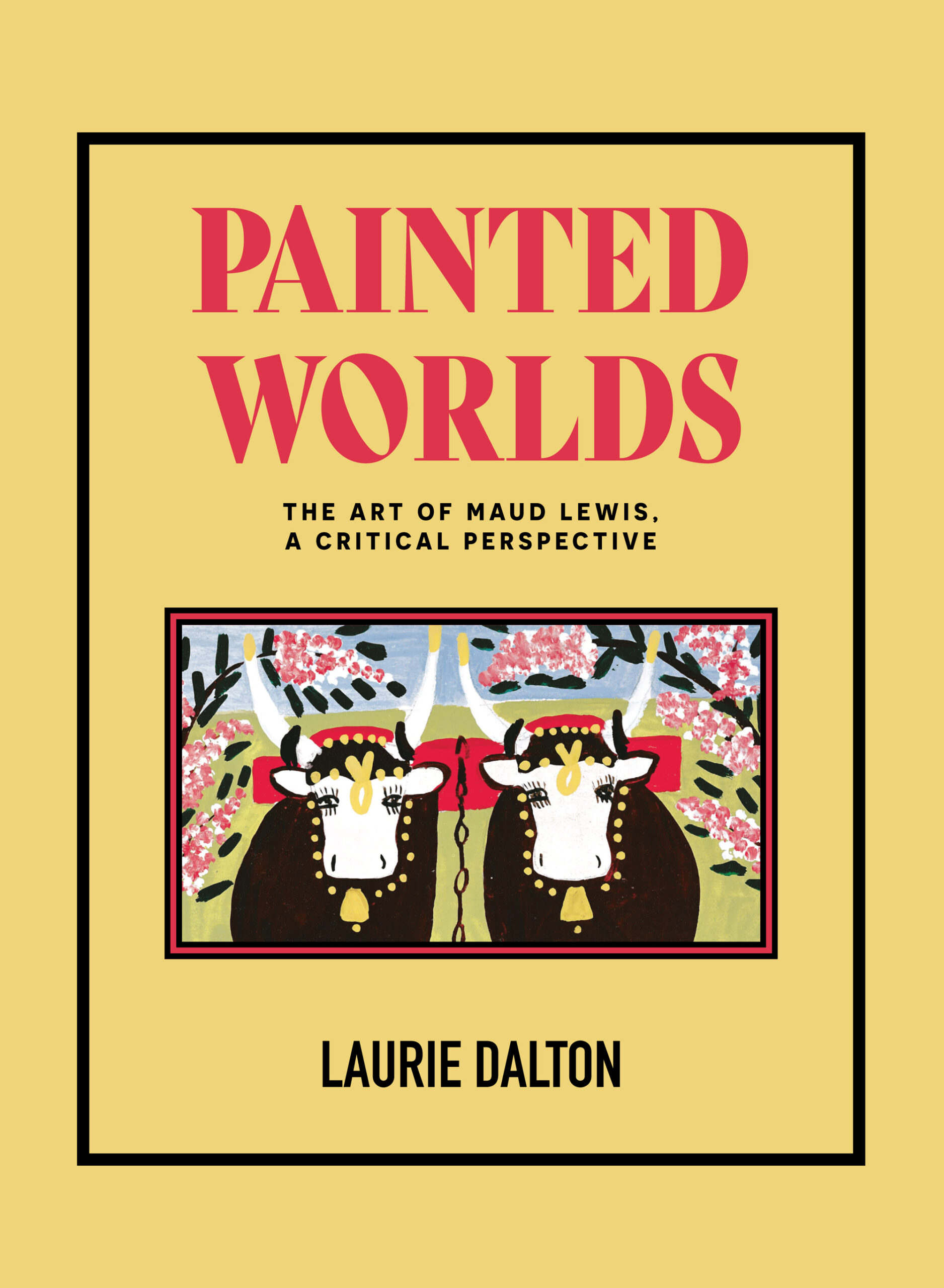 Painted Worlds: The Art of Maud Lewis, A Critical Perspective is a lovely clothbound hardcover book, but best of all the bright yellow cover encloses over 50 full-colour images. Many of them are not in the common lexicon.

Dr. Laurie Dalton, who is curator of the Acadia University Art Gallery and an art history professor, has just published a narrative and illustrated critical art history of the works of iconic Nova Scotia artist Maud Lewis.

Most of us know that Maud (1903-1970) is one of this province’s most beloved and renowned artists. Living in a tiny house outside Digby, she was prolific, painting hundreds of works capturing moments of rural life. Tourists stopped at her house to purchase paintings for a few dollars. Recently her art has become sought-after by collectors, reaching record prices at auction. Mongrel Media’s film Maudie (2017), starring Sally Hawkins and Ethan Hawke, shot in Newfoundland, was for many an introduction to Maud. Isn’t there more to her story?

Perhaps best known today for her painted house, the house itself fell into a state of disrepair after Maud’s death. Eventually it was acquired by the province, restored, and then moved to the Art Gallery of Nova Scotia, which is where most people interact with the house today.

Dalton, who spoke at the Wolfville book launch on April 23, explained she had been thinking about Maud since writing her master’s thesis almost 20 years ago. In it she examined the installation of Maud’s work at the Art Gallery of Nova Scotia. She continued with research into various aspects of her life, placing a focus on the narrations describing her.

Dalton said she wanted to find a way to focus more directly on the artworks themselves. Having access to John Risley’s collection of Maud paintings offers the reader an opportunity to view stellar unknown images, like Oakdene School, Bear River. She delved into the quality of Maud’s observation and compares her to far more celebrated painters.

Dalton said her approach as an art historian was to discuss the artwork against the cultural time in which Maud Lewis painted, looking at advertising culture and tourist ephemera, for example. Looking at scenes of towns that are filled with detail, humour, colour, light, shadow, and scale, Dalton was excited because they challenged preconceptions of Maud’s work. Lewis often repeated her subject matter, and some minimize her contribution for that reason, yet they change. As Dalton says, her work is more than happy black cats.

She included many archival photographs and images that documented the area in which Maud was painting. Digitized databases like NovaMuse or the Nova Scotia Archives were invaluable resources. During Covid-19 restrictions, Dalton was able to continue her research when site visits would not have been possible.

Dalton hopes that readers will take away a more nuanced view of Maud as an artist and look at her paintings as serious works of art. They aren’t just ethnographic objects of rural Nova Scotia. As a result of this rigorous analysis, Maud’s legacy in the 21st century gains the dignity and respect it so richly deserves. 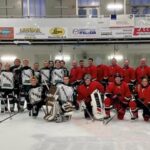