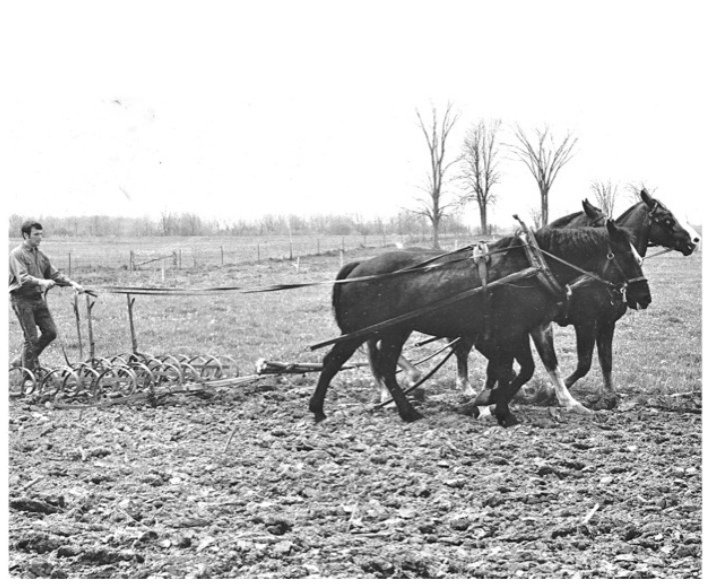 When I asked my Dad to teach me how to use my horses to plow, harrow, and seed a field I had rented north of Toronto, he was hesitant to agree. I didn’t understand his reluctance; at the time I was planning to make the big move to Nova Scotia and needed any advice he could give me.

We were walking around the field and he would occasionally bend down, pick up a handful of soil and then stare at the dry dirt as it gradually sifted through his fingers and blew away. “What’s the matter? Don’t you think I can handle it?” I asked.

“It’s not that,” he replied, about to say something else, when a strange look came over his face and his attitude seemed to change. “I suppose if we had the right equipment it might be possible.” I wasn’t long hitting the auctions and gathering up a sulky plow, spring tooth harrows, disc harrows, several sections of spike harrows, and a beautiful antique seed drill. The only thing missing was some equipment for harvesting the crop.

On the first morning my horses stood quietly while we hooked them to the plow. Dad adjusted the harness so that the draft angle of the traces was just right to give the horses maximum pulling advantage. Then he said, “Your job is to make a perfectly straight first furrow between those two flags I placed, and I mean straight.”

“Maybe you should make the first furrow” I pleaded.

“No damned way,” he said. “This is your idea and you are going to do it yourself!”

After my first run, Dad’s only comment was, “A blind man would give $1000 to see it.” On the second run with one of the horses walking in the original furrow, the team was easier to control and I was a little more confident. Dad left the field but I knew he was watching my every move from the kitchen window.

After that first gruelling day I was ready to quit and so were the horses, but Dad would have no part of it, “A good night’s rest and you and the horses will be ready for work in the morning.” Dad’s required start time was six o’clock. He claimed it was a lot easier on the horses during the cool of the morning. After another exhausting day in the field I was barely able to drag my weary bones home, but somehow, I hung in until the plowing was done.

I was just enjoying the sense of accomplishment when Dad said, “Now the real work starts. You’ve got to cover the same amount of ground several times over and this time you’ll be walking behind the harrows.” I spent the next week stoically trudging behind the harrows, inhaling dust and horse flatulence. When Dad decided we needed more power on the harrows, he came waltzing around the barn with a black mare and her two-week-old foal in tow. “You’re not serious!” I said, but apparently he was because he proceeded to throw a harness on the old girl. Now I had a three-horse hitch with a foal cavorting around. For some reason, when the local farmers passed by in their pickups, instead of shouting encouragement, they just shook their heads in disbelief and passed me by.

Finally, I made the last passes with the seed drill and I was done; tired but satisfied. Mother Nature was kind; as soon as I was finished she dampened the field with a gentle rain. I didn’t expect immediate results because I was late getting started. Still, I was a little jealous when my neighbours’ fields began to take on a blush of green. Later when their crops began to wave in the wind and mine hadn’t even sprouted, I began to worry. Something was desperately wrong.

As I walked along the fence line kicking at the barren soil, a neighbour pulled up alongside, got out of his truck, and came over. “How’s she goin’?” he asked.

“Not too damned well,” I replied, “but I guess you can see that for yourself. I can’t figure out why my crop isn’t growing!”

“Ain’t nothing to figure out. That field’s been planted in corn for as long as I can remember and the feller that owned it kept it drenched in herbicides.”

“He kept it drenched in what??” I asked, panic setting in.

“Herbicides,” he replied. “You know, that Atrazine spray that makes sure that nothing but corn’ll grow. I wondered what the hell you were up to, but I didn’t want to stick my nose in your business.”

Dad had just retired from full-time farming and there was no way he didn’t know about the herbicides. How could he let me make such a fool of myself? Then it hit me. Of course he knew about the problem with the field. That’s why he had been so reluctant in the beginning. That’s why he wouldn’t let me waste my money on harvesting equipment. It wasn’t about a few oats and a bit of pasture. It was about a gift he had decided to give me, a gift that, despite its consequences, might be his last chance to give – the gift of his knowledge. 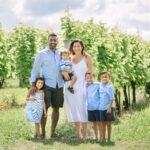 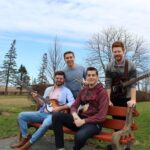