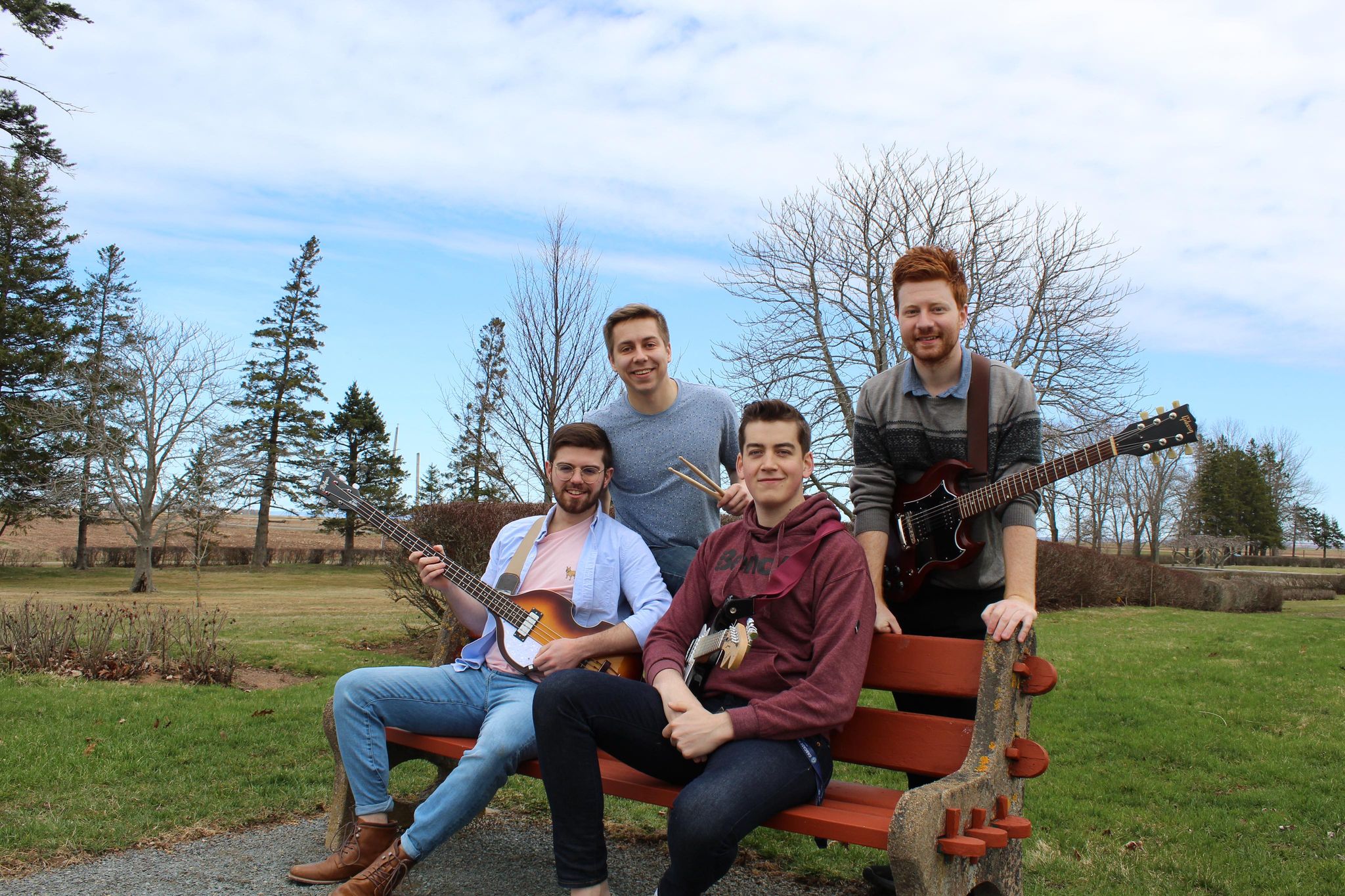 Let’s go back to my teen years when the radio blasted New Kids on the Block, what a time! The boy bands of yesterday bring on a sense of nostalgia and fun and did you know Wolfville, and our surrounding community, has a boy band right at its fingertips? We do, and they’re called The Hightides. Here’s a little feature on this fab foursome!

This gaggle of clean-cut misfits (in the nicest, sweetest way possible) is composed of Luke Waterbury, Eric Skinner, Luke Fultz, and Thomas Wells.

The band originally formed in September 2019 at Acadia under the name Pop Therapy. This name was taken from an album that their lead guitarist, Thomas, really liked. They started off as a cover band because they figured that’s what people wanted to hear but their goal was always to write their own material. Even with a hot student following, The Hightides were hit with the pandemic like the rest of us and had to shut down a bit.

During this time they explored the types of sounds and music that they would like to make, and released a few songs into the wild. They decided to rebrand, and now we have The Hightides, for two reasons: Wolfville sits along the Bay of Fundy, with the highest tides anywhere in the world, and the boys also dig surf music and the various offshoots it’s produced. And then, The Hightides exploded onto our Valley music scene and beyond. They’ve sold out multiple shows at The Carleton, Bearly’s, Gus’s Pub, and The Foggy Goggle, just to name a few. They also performed at FarmFest 2021 at the Cole Harbour Heritage Farm Museum and there’s many more to come!

Here a bit on the bandmates and we shall start with Luke Waterbury. Luke was born and raised in Wolfville with family ties still local. He recently graduated from Acadia with a BA in political science and has spent much of his free time either jamming with the boys or working at the Church Brewery Co. and lighting up the world with his smile! He wants to head into the teaching profession, and this fills me with ever-loving joy as the world could use thousands more Luke Waterburys! Luke is the lead vocals for The Hightides and adds a little guitar too.

Eric Skinner is the band’s drummer as well as one of the singers and again, another pretty face! He grew up in Hammonds Plains but quickly developed a love for the Valley. Eric graduated from Acadia with a Bachelor of Music Therapy. “My parents don’t know how to whistle a tune,” Eric says, “but they were able to help me take lessons from a young age on the piano which sparked my love for music. My sister, Samantha is in a similar boat as me, she loves to sing and play the guitar.”

Once Eric gets his therapist certification, it’s no holds barred for this fella. He’s a musician at heart, playing anything that makes noise, and he has a passion for helping people, and being present in the community. So, let’s order up a few thousand more of him too!

Thomas Wells is the lead guitar and one of the vocals for the group as well as the token redhead. Like Eric, he stems from the lush forests of Hammonds Plains and is a recent Acadia grad with a degree in psychology. Thomas commented, “Despite my education, it has not helped me gain an advantage when playing board games with my two sisters. I enjoy bird watching and eating nachos with my pal Luke Fultz.”

Thomas loves how the band began jamming together and how they’ve continued to grow as a group. “I remember during our first show I was so nervous I didn’t move and stared at the floor the whole time,” he says. “Fast forward to now and we’re releasing our debut EP this summer. The music is very upbeat and catchy. I like to imagine the listener’s getting home from work on a Friday, cracking open a root beer, plugging their phone into the aux, selecting The Hightides, and doing a giant cannon ball into a refreshing body of water. It’s been fun jamming with these guys over the past two years, they make me laugh every band practice and I look forward to hearing their footsteps at the door each week.”

And last, but certainly not least (and he’ll say the same thing) is another pristine example of wonderfulness like the others, Luke Fultz. Luke is The Hightides’ rhythm guitar and shouter of HEYS! (it’s a big job, trust me), and he’s from the lovely Annapolis Valley. Luke is a full-time teacher and part-time server at the amazing Paddy’s Irish Brewpub in Wolfville.

“While I am a teacher, I’m fully aware that life will never stop teaching me new lessons and opening new doors,” Luke says. “Life just happens, time rolls on despite our protests, and that excites me as much as it terrifies me. I’m excited for what’s coming next, for as the Zen Master says, “We’ll See.” Playing music has been a recent development in my life and I’m extremely grateful to play with the other three gentlemen in The Hightides, as it has been a journey of personal and musical growth.”

The Hightides are the Beach Boys of Wolfville, The Beatles of Nova Scotia, and one of the grooviest foursomes you could see, hire, and enjoy! How do you see them or reach out? It’s easy:

Their new single, “Never Know,” comes out on June 10. Accompanying it will be their debut music video shot by Jackson Productions, a company based in Halifax. It looks and sounds insanely awesome, and I am so excited for the boys. On July 7, The Hightides will release their debut EP entitled House Party. This will be the culmination of their rebranding and serve as a new foundation for them going forward. Grab a copy to support them! With new harmonies, added bonuses, original material, and distinct flavour, you’re bound to love it!

And here are some performances dates to lock into your calendars:
June 16: The Carleton to support Avery Dakin & Friends for her release show
July 7: The Carleton for their debut EP release show and party
July 15: The Foggy Goggle
August 13: New Scotland Brewing Co. in support of Klarka Weinwurm

The Hightides, while making awesome music, are also ambassadors for youthful energy and appreciation for our area. They have a love for the scenery, its history and, as most are recent Acadia graduates, never let music take them away from pursuing their studies. Yes, they have hopes and dreams of travelling, working professionally in their given fields, and having families filled with low tides (get it?), but music and friendship and togetherness are the driving force right now for this gang! Can you feel the love yet?

Best of luck to The Hightides and their journey. Follow them on Facebook and Instagram everyone! Thank you for being the fun, smiling, positivity the world needs right now! Bravo! 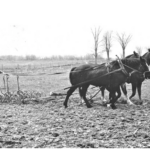 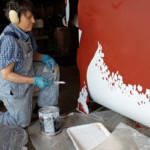