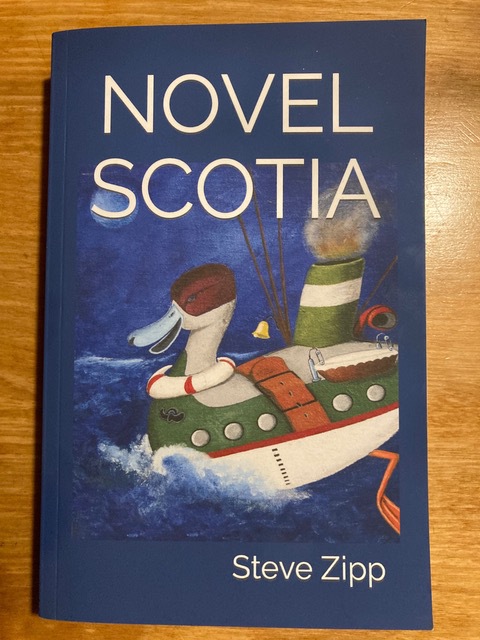 A new novel by Valley resident Steve Zipp (aka Ed Hall) features both some interesting writing and unique characters. Novel Scotia is set in the Valley initially, and then in Halifax.

Readers will find themselves captivated right away by 11-year-old Tommy as he explores a totally new and mysterious environment. It’s apple picking time, a first for this street-smart, city-raised boy. Tommy accomplishes many firsts in the initial section. He meets some fulsome people and the plot twists from start to finish prove fascinating. Tommy has the focus for the first half and then his mother, Nina, takes over as primary storyteller.

Hall says the novel is actually divided into three portions, which overlap to some extent. There are interesting notes at the back related to many of the historical tidbits he has woven into the story.
Novel Scotia is Hall’s second sizable piece of fiction. The first was Yellowknife, which won the H.R. Percy Prize from the Writer’s Federation of Nova Scotia for an unpublished novel back in 2003. Excerpts were included in two literary journals.

Hall decided to self-publish Yellowknife four years later and he has continued that practise with his latest work. He’s also had several short stories published in Prairie Fire and On Spec.

Steve Zipp is Hall’s pen name. He says he decided to reserve his own name for his non-fiction writing. He has co-authored a book on Arctic animals and scripted a couple of films about caribou.

Hall spent time as a wildlife officer while living and working in the Northwest Territories. He taught in Africa for a couple of years. Then in 1990 he moved to Steam Mill with his family and since then he’s tackled a variety of professions.

Novel Scotia is available on Amazon and at Coles in New Minas. Hall also blogs about books: stevezipp.blogspot.com

On Friday, June 10 join Angela Reynolds and Lauren Soloy at the Bridgetown and Area Library for a book launch. It will take place at 6pm.

Reynolds, who is the community engagement coordinator at the Annapolis Valley Regional Library, is a debut author now with her new work of fiction called Threshold,geared for middle-grade readers.

Author/illustrator Soloy’s latest book I’s the B’y, is based on a well-known folk song from Newfoundland.

The following day, June 11, Reynold’s will hold her own launch at 2pm in the Berwick Library.

Dean Jobb of Wolfville was recently chosen as the winner of the first annual Clue Award for True Crime Book of the Year. The announcement was made in Las Vegas. The award nominees and winners were determined by a selection committee made up of producers, network and streaming executives, and other creatives and industry leaders, representing all sectors of the true-crime genre.
Jobb’s award-winning book, The Affair of Dr. Cream, will soon be published in French and, in the not-too-distant future, in Japanese. 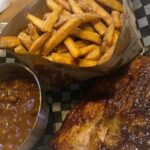