Bicycles, Book Signings, And Billy The Kid: July At The Bookshop

The Grapevine > Articles > Bicycles, Book Signings, And Billy The Kid: July At The Bookshop 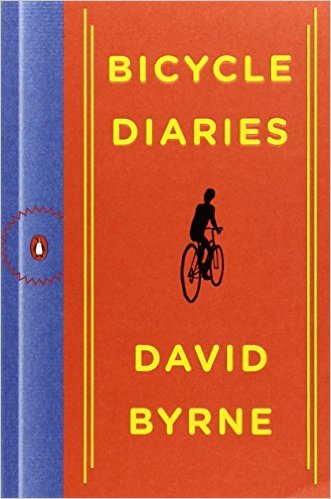 The Wild West lost its gun-slinging poster-boy, Billy the Kid, on July 14, 1881. His death, along with the dastardly exploits that marked his life, is viscerally re-imagined in Michael Ondaatje’s *The Collected Works of Billy the Kid: Left-Handed Poems*. Come by the bookshop to holster your own copy!

Looking for a cycling book to toss in your handlebar basket? We highly recommend *The Bicycle Diaries* by David Byrne (yes, that David Byrne). In his 2010 book, the Talking Heads front man chronicles his adventures as he pedals through, and engages with, some of the world’s major cities.

July contains many exciting literary events, including a pair of exciting dates at the Ross Creek Centre for the Arts. To mark their 10th anniversary, the Centre will join Two Planks and a Passion Theatre Company – celebrating their 25th season – in hosting local authors Christy Ann Conlin and Sue Goyette for readings around the campfire on July 14 and 21, respectively. For more information, and to purchase tickets, visit twoplanks.ca.

The events continue with two sidewalk signings outside the bookshop. Join queer comic book artist Sfé R. Monster on July 16 – as part of Wolfville Pride Week – to pick up a signed book and chat. Come out the next week (July 23) for a chance to meet with, and have a book signed by, Alex W. Macleod, author of *Tracks: A Refuge*. We’ll be rounding off the month with a Collective Queer Lit Open Mic Night hosted by Kaleigh Trace, award-winning author of Hot, Wet, and Shaking. All are welcome to this July 19 Wolfville Pride Week event which will go from 7pm to 8:30pm. For more information, visit boxofdelightsbooks.com.

Finally, swing by the JustUs! Centre for Small Farms on July 24 for the inaugural BerryFest, a free event created in collaboration with the Box of Delights Bookshop and Gaspereau Press. Through the writings of Wendell Berry we can celebrate rurality and the economics of localization. The event, which will go from 1pm to 4pm, was created to capture the essence of what it means to be in a community – the culture of food, the sharing of thought and art, the action of learning. For more information, visit centreforsmallfarms.ca.