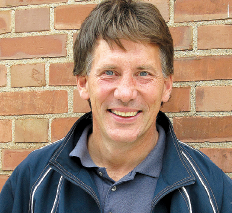 Leave it to the computer tech guy to come up with an innovative way to handle a Who’s Who interview. I sent Stephen Wilsack my Who’s Who questions to answer (via email is always the way they arrive), but what does Stephen do? He sends a video of himself answering the questions! It was original and fun, just like Stephen, and a new approach to how this process works for me.

Stephen Wilsack is from Stellerton. He attended Acadia, taking business and passing with flying colours. Stephen owes a lot to Acadia but above all things, that’s where he met his wife Jane Anne. They’ve been married for 27 years!

Stephen’s business path began after he helped computerize many Acadia facilities in the ’80s. After doing some video work with Acadia, Stephen felt that computers and technology was the way to go. He took a huge step and a hard drive forward, and now Stephen operates Innovative Systems at 8985 Commercial Street, New Minas, a computer tech company that does webpage design, computer repair, servicing and training, video surveillance cameras and installation, data recovery and Internet setup. As well, Innovative Systems is the electronic-waste resource facility for the Annapolis Valley, where you drop off old radios, computers, monitors, stereos and other electronics for proper disposal. Steve has been an entrepreneur for over 30 years and loves the social interactions, the constant change, and the tech savvy world he works in.

Check out the Innovative Systems website at www.IH.ca, where their motto is “Whether you’re looking to capture your daughter in a bumblebee costume for school stage performance, sun-light exposure on a newly developed product or business, perhaps there’s an extraordinary local event happening in your community… the possibilities are endless. Seek no further, you’ve come to the right place, celebrate your story with us.”

The Innovative Systems website has links to many fascinating videos shot around the area and is full of great information about the business. I even found videos of my cousin Melissa singing and my friend Jeremy Novak emceeing an event. It was awesome!

For fun—not that his work is not fun, but outside of work, Stephen has become a Wolfville harbour man! Life on the harbour has included swimming, paddling, and interacting with folks. And it was wonderful to learn that Steve was one of the innovative minds behind the mysterious raft you see parked in the Wolfville harbour! This raft was constructed, sailed down the Cornwallis River on a 7-hour tour (eat your heart out, Gilligan) and now rests in the harbour, complete with Wi-Fi and full video security! Only in Wolfville eh?

Stephen mentioned in his video email that one of his hobbies is collecting old technology and putting it to use at the Innovative Systems Museum of Technology Through the Ages, complete with old radios and used computers from many years ago. Thank you, Steve, for doing your part for the planet and making it educational for others.

Stephen’s plans for the future include growing his business with emphasis on educating the public about technology and its importance to our society, as well as leaving a vast digital footprint for future businesses and clients to grow from. Steve has a mission to make this area great! He does not like when people have to leave this area because of lack of education or employment, so he wants to do his part to help others.

Trust me, Steve: after our unique interview for this article, I can assure you, you’re helping others become more educated about the technology available to them. Thanks, you Innovative Guy! 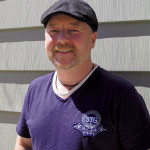 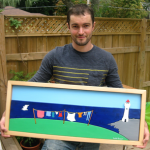