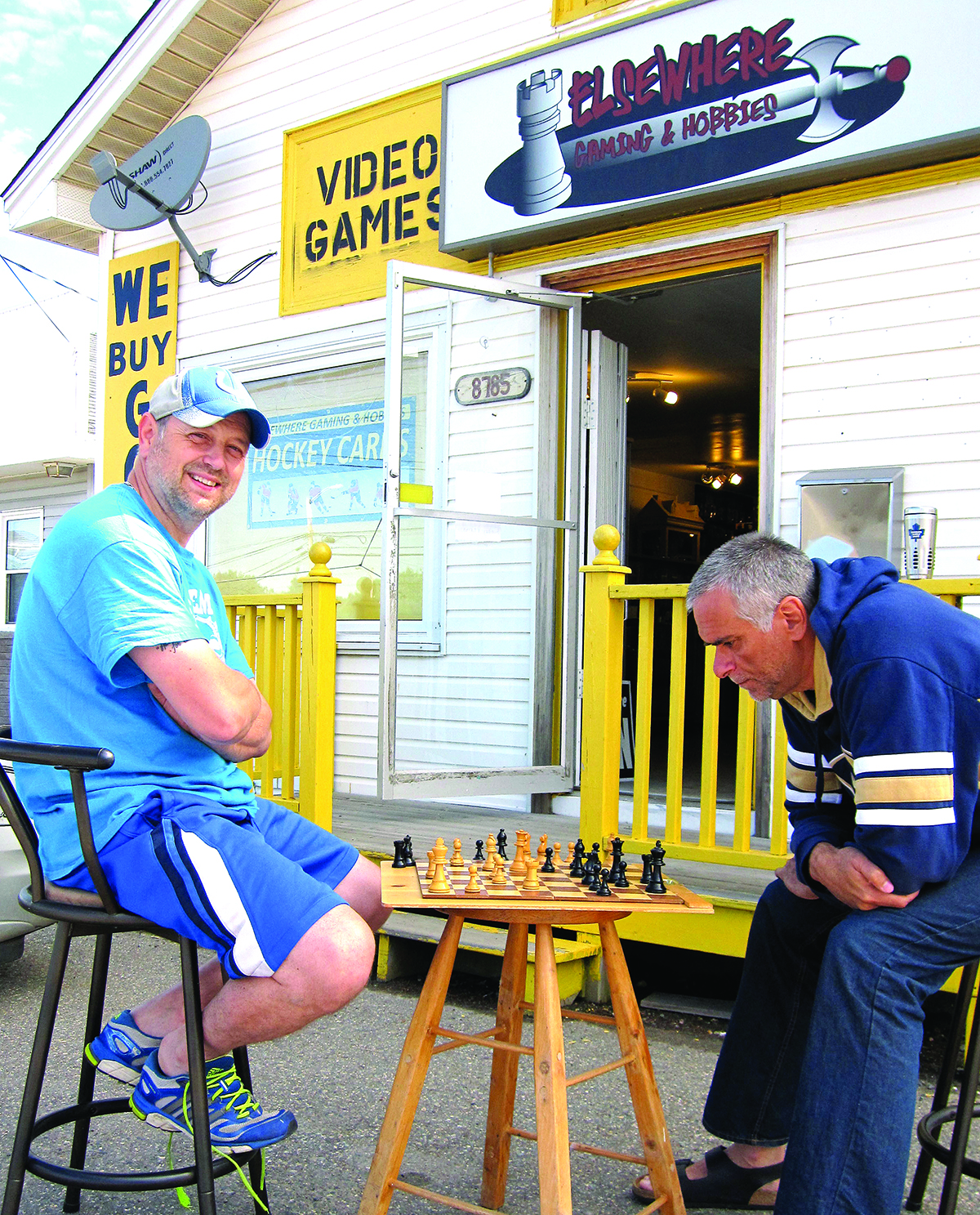 Every Monday and Tuesday for the last few months, after I have completed my workout at Abs-olute Health Club in New Minas, I’ve walked from there into Kentville for play rehearsals. It’s a great walk, and I pass this incredible little shop called Elsewhere. I am a sucker for used DVD’s, CD’s, Collectibles, etc. and this shop is a great find! Specialty shops like this, I find, always have the most knowledgeable staff. The men who own this shop also operate it, and as you can see from the photo, really enjoy what they do and that rubs off in their customer service skills because let me tell you, they know their stuff. Introducing Elsewhere owners Mike Sisco (left) and Jon Surrette (right)!

Mike was born in Yarmouth. He was raised in Truro and has two children. Before Elsewhere, Mike was a Sales Manager for Radio Shack and Best Buy for a combined 25 years. That explains where Mike gets his personable disposition and his impeccable customer service skills. Jon Surrette was also born in Yarmouth and moved to Truro at 17. Jon, like Mike, also has two children. He owned and operated the Batters Box Card Shop in Truro and then owned Elsewhere Gaming in Antigonish and New Minas. And if all those facts sound similar and these two seem cut from the same cloth, it’s because these guys happen to be not just business partners, but also family! Mike is Jon’s nephew!

And what kind of shop is it, you ask? Well, it has a little bit of everything that’s important to Jon and Mike. Mike says; “Jon and I buy, sell and trade mostly bullion silver & gold, coins, hockey cards, sports memorabilia, wrestling and hockey action figures, old video games mostly Nintendo, DVD movies and swords and knives.” It’s a wide range of things and you could go peeking around everyday in their shop and still see something new.

Jon started the Batters Box back around 1986, which was primarily a Card Shop but it sparked an interest in other collectibles. Mike joined two years ago to help grow the business and do something different other than work in the electronics industry. It’s such a neat shop to explore and the prices are great and you’ll be surprised what treasures you’ll find. I was thrown back to my childhood with the old WWF figurines, the baseball cards, the various old movies and they even had an Elvis Doll – you can imagine how excited I got over that.

Elsewhere is located at 8785 Commercial Street, New Minas, across from the Sushi Fang restaurant. The email address for questions about products is msisco18@telus.blackberry.net and you will get the quickest reply from this email, as it is mobile. Or phone 902-365-6789 with questions.

What Mike and Jon love about this job most is the treasure hunt. Finding unique items, buying them and then locating a potential client through the store. They also enjoy the social aspects of owning and being a part of their business because they get to hang out and talk sports with their customers, which is one of the best perks. During downtimes (as you can see from the photograph) they exercise their minds by playing chess two or three times a day. If you’re a player, Mike and Jon would not object to you popping in to give them a run for their money.

Outside of Elsewhere, Mike is an avid sports fanatic. He plays with two softball teams, as well as tennis, badminton, handball, squash and floor hockey. He loves spending time with his kids and another benefit to BOTH men working at the business is the convenience of being able to come and go if an emergency pops up – they know the store is covered by the other. Jon also plays floor hockey and spends hours online with his kids playing games. Both Mike and Jon go to many Flea Markets and Coin Shows. Neither of them consider the store as WORK as they enjoy being there and it’s really an extension of their interests.

Mike says, “As far as future ambitions, well, we’re both close to 50 so we are more about winding down than winding up. We enjoy what we do and perhaps someday we would like to do what we do but perhaps while traveling across Canada and visiting many small towns like New Minas, Kentville and Wolfville. Having something to give to our children down the road is our primary goal.”

So take the time to pop in to see Mike and Jon and their nifty shop on Commercial Street.  When you can’t find what you’re looking for, try ELSEWHERE! 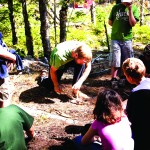