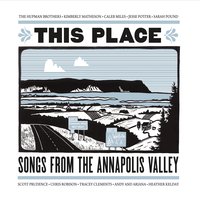 The second compilation album from Ruby Throated Records, “This Place: Songs From the Annapolis Valley” has 10 tracks about the region we call home. The Grapevine asked Kimberly Matheson, founder of Ruby Throated Records, a few questions about her local business and latest project.
What compelled you to start Ruby Throated Records?
My first project was “Let The Good News Ring: Christmas Songs From The Annapolis Valley” in 2015. I suggested the project to Ryan and Scott Hupman and we agreed it could be a lot of fun. Initially we just wanted to have fun making an album with musical artists who we admire and would love to work with.
What do you hope to achieve through Ruby Throated Records?
As soon as we began making an album that had 14 different songwriters, I knew it would be a great way to showcase the incredible world-class talent we have here in the Valley. And that’s exactly what Ruby Throated Records is about. You can learn more at rubythroatedrecords.com.
Tell us about the latest album, “This Place: Songs From the Annapolis Valley.”
“This Place: Songs From The Annapolis Valley” features 10 songwriters. They were given the theme and asked to bring an original song to record. Again, like in the Christmas album, the amazing Hupman Brothers Band is the session band for all the songs. It was kind of like a potluck where you didn’t know what would come in, but you knew the songs would be delicious. Different artists, different genres, but all speaking to this place we call home.
You can find the album at the following stores: The Box of Delights Bookshop, The Market Groove Merchants, EOS, The Rolled Oat, R.D. Chisholm Ltd., and the Just Us! Café in Grand Pre.