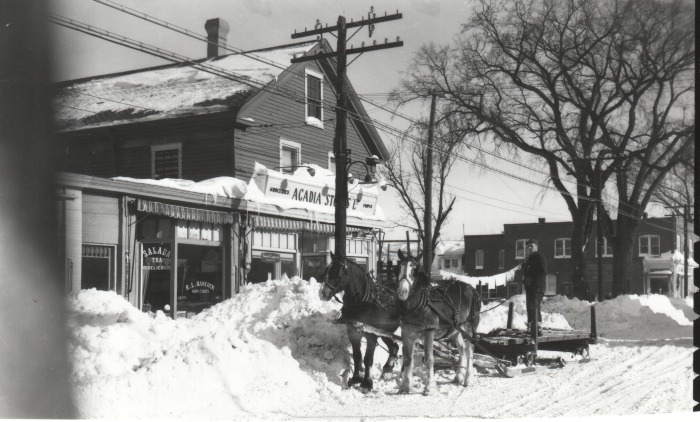 Now closed for the 2016 season, but please check the website for Fall and Winter Programming!

DATE: 1964
MATERIALS: PAPER
MEASUREMENTS: 10 CM; 17 CM
NARRATIVE: The Acadia Stores was the first of the chain stores in the Annapolis Valley. By 1964 this building was occupied by R.C. Van Wart’s Hardware Store. Later, the building was home to MacDonald Chisholm until July 2007, then Hatt en Kul women’s clothing. The building in the back was then occupied by the Weave Shop and Juandaro’s Futbol (soccer store). Currently the building houses TAN Coffee (where a certain copy-editor’s weekly open mic happens to take place). This picture was taken before Tim Horton’s was built. Gordon Conrad is pictured in front of the store with a team and sled
(a previous version of this caption incorrectly identified the sled driver as Waldo Long. We apologize for the error). 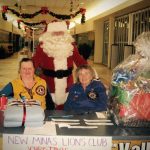