0
Benefit Concert Supporting Syrian Refugees
By Laura Greenwood
The Acadia University Playing & Hearing class (akin to a musicianship class) is holding a benefit concert to support a foundation called The Tribe Turkey, a not-for-profit organization supporting Syrian Refugees in Turkey, Greece, and elsewhere in Europe (please see the public Facebook group:facebook.com/groups/TheTribeTurkey). The concert will include several arrangements performed by groups made up of the 42 members of our class, each composition holding special significance toward the global refugee crisis. There will be songs by the Doobie Brothers, Sam Cooke, Mark Knopfler, The Wailing Jennies, Ingrid Michaelson, Michael Jackson, and more!
The event will be held at 7:30pm, Tuesday, March 28 in The Festival Theatre building on Main Street. Tickets are by donation. 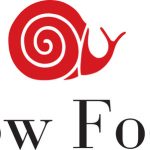