Local Libations: What to try this Season

We have a fantastic selection of local bevvy options in our region! We’ve curated a list of what to try this season. You can also check out our libations map for all the places stretched across the Valley that offer beer, cider, liquors, and liqueurs. Cheers!

What to Try: Meander River Farm & Brewery is creating cider with 100% NS apples from Davison Farms in Falmouth. With no sugar added in the process, the apple blend becomes a true expression of the terroir and pressed apples, changing subtly with the seasons. Currently available at the brewery is Shack Wacky, as well as small lots of Hopped Cider, Honeyed Cider (with 100% honey produced on the farm) and Wild Fermented Cider.

What to Try: Cascade hops lend their citrusy zip, and at a sessionable 4.5% ABV Principal Ale is a go-to for any occasion. Keep an eye out for the yellow pencil taps adorned with school themed logos, including “The Principal” which some of you may have noticed bears a striking resemblance to owner Cam Hartley’s, wife Jenn… coincidence?

What to Try: The Earl Blue, 7.1% ABV, has been one of the most popular Something Different ciders, and now it’s available in a 750ml bottle. This unique combination of Earl Grey tea and Nova Scotia wild blueberry juice expresses sophisticated aromas and a burst of wild flavour in this off-dry cider.

What to Try: Their Vintage Apple Cider, ABV 7.4%, stays true to the early Acadian cider tradition by mixing golden russet, northern spy, and Cox orange heritage apples to express a fresh taste and robust flavour compilation. The apples they use for cider are all grown, pressed, and fermented on their farm in Greenwich.

What to Try: Paddy’s won “Brewpub of the Year” in Atlantic Canada this past fall at the Atlantic Canada Brew Awards. They are on their third season of cider making: their “Fitz’s Strong Country Cider” is made the traditional way, with local pressed apples, cold-fermented all winter, and no artificial sweetening.

What to Try: Barrelling Tide Distillery’s 5 Fathom dark rum is fermented, distilled, and barrel-aged using maritime molasses. The rum is a true expression of Canada’s east coast with a subtle sweetness of molasses and the mellow earthiness of salted oak. Fun fact: this distillery received 10 medals at the inaugural Canadian Artisan Spirit Competition in Vancouver, including three gold medals and “best in class” for its raspberry liqueur.

What to Try: Wayfarers’ Hellene, 4.2% ABV, is a slender blonde ale of German lineage brewed with Pilsner malt and continental hops. Much too young to be bitter, it’s a really light, refreshing beer for the warm spring days just around the corner!

What to Try: To celebrate World Down Syndrome Day on March 21, try Bad Apple’s Mosaic Double IPA, an 8% ABV ale that pays tribute to the founder’s son and others who are afflicted with mosaic Down syndrome. The beer was brewed exclusively with mosaic hops, imparting it with a blend of floral, tropical, and fruity notes. Full proceeds from this beer will be donated to the Nova Scotia Down Syndrome Society and Camp Brigadoon.

What to Try: Their newest addition is “Root Beer Moonshine,” a blend of their signature un-aged corn whiskey and an all-natural root beer essence. It tastes just like your childhood root beer with a slight kick! Try it on ice, with a splash of soda water, or with a scoop of vanilla ice cream.

What to Try: Their Purple Grain IPA, 6.8% ABV, features citra, cascade, and centennial hops for a tangy and slightly spicy hop profile, gold in colour with a balanced malt body featuring notes of honey. Try it at their brewery, which features ten rotating taps of local craft beer and cider, as well as a menu of eclectic entrees and shareable snacks. 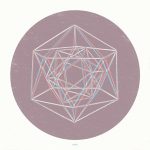