The Metropolitan Opera at the Cineplex
By Margot Bishop

There are just 4 more HD performances from the Met in New York screening at Cineplex in New Minas this season. HD productions give you a behind-the-scenes look at what goes on when the curtain comes down at the opera house. At La Bohème, the house used its three trailers to move set pieces on and off stage. The Met has the capacity to move 50 tonnes on their trailers. To watch these giant movers handle the big pieces of set is quite an experience. The trailer for the street scene not only had the set on it but also about two hundred actors. HD performances also interviews with the principle singers and many others including crew members, costumers, and stage hands, as well as ‘supers,’ who are non-verbal actors who play everything from waiters to prostitutes to corpses. All these interviews are only seen at a HD performance from the Met.

There are still four exciting performances remaining in the 2017-2018 season. Rossini’s Semiramide on March 10 is the first performance of the opera in 25 years and the first in HD. Angela Meade portrays the murderous queen of Babylon. Mozart’s comedy of the sexes, Così fan tutte, on March 31, is set in a colourful, 1950’s carnival. Verdi’s Luisa Miller on April 14 is also a first HD production. Plácido Domingo is brilliant in his portrayal of fatherly tragedy. This opera has not been seen at the Met for over 10 years. The final production, on April 28, is Massenet’s Cendrillon, a Met premiere.

If you love the opera and cannot get to an opera house the next best way to see and hear a favourite is to go to your Cineplex and enjoy. 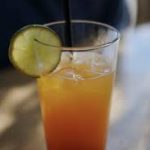