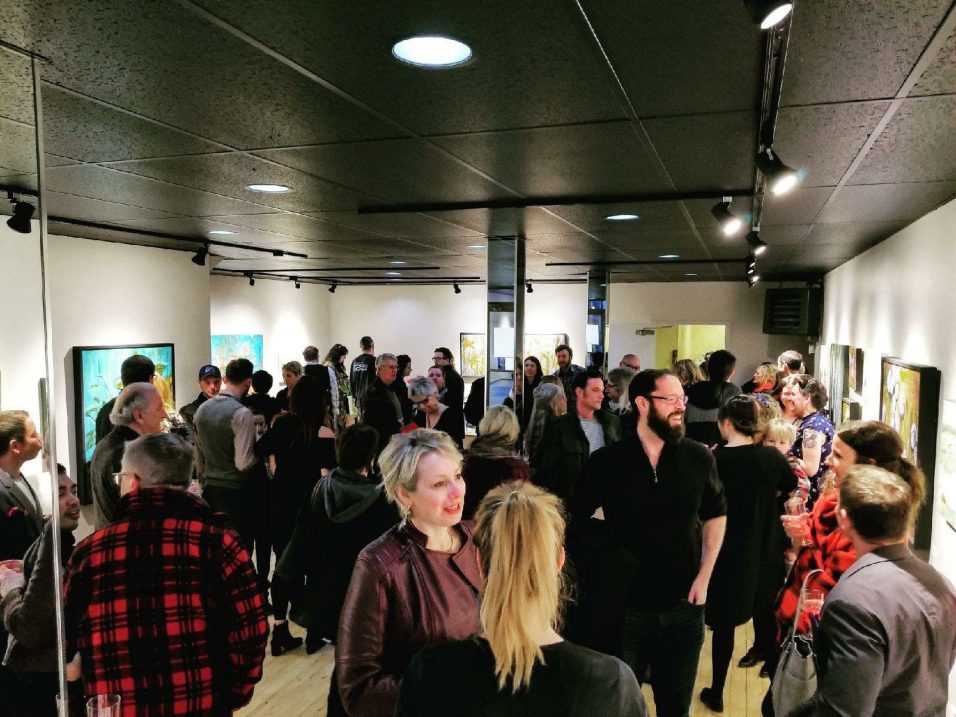 On February 19, KingsAero Tech broke ground on a new hangar. For aviation enthusiasts in Kings County, this marks the resurgence of opportunity since the closure of the Waterville Airport. Karl Deter and Gordon Squires formed KingsAero Tech in 2017 and now they’ve got big plans for the new facility. “Our goal is to be the best and most professional private aviation maintenance facility in the Maritimes,” they say in a release. The plans also include the Atlantic School of Sky Diving setting up shop at the site sometime in the near future.

The Merritt Awards winners were announced on March 26 and Two Planks and a Passion Theatre has won Outstanding Performance by an Actor in a Supporting Role (female): Stephanie MacDonald for Quince in A Midsummer Night’s Dream by Fire! The Canning theatre was nominated for their 2017 productions of Nothing Less! and A Midsummer Night’s Dream by Fire in thirteen categories, ranging from acting, choreography, and musical direction, to original score, and costume design. Tickets for the 2018 outdoor summer season at Ross Creek Centre for the Arts are now online. The coming season includes a new adaptation of Chekhov’s Uncle Vanya by Ken Schwartz — a re-imagining of the great tragicomedy on the North Mountain in a story of farms, forests, and families. Also in the repertory this year is a new musical adaptation of George Orwell’s Animal Farm. The timeless allegory is set around the bonfire, and according to Ross Creek’s media release, “Our Animal Farm will be unlike anything seen before.”

According to the results of the “Housing: Now and Into the Future” survey conducted across six rural counties of NS during the fall of 2017 and the winter of 2018, housing insecurity is a major issue facing our communities. Of the 4,699 people who responded to the survey, 37% reported experiencing housing insecurity. Fifty percent of the respondents said it’s hard to find a place that meets their needs. An initiative of local housing coalitions and stakeholders, the results of the survey and the report based on that survey were released in mid-March. The project was aimed at increasing the knowledge of affordable and supportive housing needs and issues, engaging the community to better understand the local housing situation, generating reports with current data on housing needs, and documenting the housing needs of all citizens, including vulnerable populations. The report concluded four key recommendations: An acknowledgement of local homelessness, the aim of a better understanding of its scope, more advocacy for comprehensive approaches to address the issue, and a call for communities to work collaboratively. In their acknowledgements, Denise Vacon, Nancy Green, Jennifer Lamrock, Lisa Sally, and Nancy Stewart, who prepared the report, noted, “No single action is needed to address the challenges facing our communities related to housing. It is our hope that the collaboration and partnership demonstrated throughout this process will continue as we move towards action. As we have learned through this process, we will move farther together!”

More babies! On March 9, The Grapevine’s Ad Sales Gal Zoe D’Amato, and her husband Nicholas, welcomed little Maiella! Maiella was greeted by her local family and D’Amato family from New Jersey, including Great Aunt Louise who at age 97 made the trip north to see the first female D’Amato born in many many years!

The awesome-facility-formerly-known-as-the-soccer-dome is now the Credit Union Rec Complex! The Valley Credit Union is now the title sponsor of the “soccer dome” in Kentville. Over the next ten years, the Valley Credit Union will invest $100,000. Opened in February of 2005, the facility is owned and operated by the Valley District Soccer Association and used by soccer players of all ages, from minis to the largest senior league in Nova Scotia. “The newly named Credit Union Rec Complex is one of the premiere indoor turf facilities in Atlantic Canada,” said Matt Schurman, president of the facility. “We are very excited about this partnership with Valley Credit Union. Not only will their investment allow us to make necessary capital improvements but they are a locally-focused cooperative with deep roots and commitment to the Annapolis Valley.”

It’s not just spring — It’s also wildfire season. With April comes the beginning of wildfire season in Nova Scotia. In 2017, there were 174 fires in Nova Scotia, and Kings County had the third highest number of reported fires at 16. “The frequency of fires changes throughout the fire season (April to October),” says Dan Stovel, regional emergency management coordinator for Kings County, “May is usually the busiest month due to the fact that vegetation hasn’t fully come out of dormancy and begun to grow. The moisture content of these fuels is low, making them more flammable. This is known as a “before green up” condition.”

Hardware Gallery in Kentville opened its first exhibition on March 29. Rural Roots features the work of Shasta Grant and Simone Labuschagne and will run until April 25. The new gallery at 36 Cornwallis Street showcases monthly exhibitions as well as a retail space for local artists. After the grand opening in June, the gallery will also offer workshops, artist talks, and other programming.

Experience Avondale Sky is a new series of educational and interactive events to be offered at Avondale Sky Winery in Newport Landing. The second event in the series is scheduled to take place on Saturday, April 14, 2018, and will allow participants to fulfil their dream of being a winemaker for a day. Avondale Sky’s award-winning winemaker, Ben Swetnam, will reveal how to make Nova Scotia’s signature white wine blends. Guests will have the opportunity to create their own blend to be entered in a blind tasting with other event participants. For both scheduled events, food will be catered by Asado Wood Fired Grill. For tickets or more information, visit: avondalesky.com

The Valley Regional Enterprise Network (REN) has hired a new CEO. On March 28, REN announced that Deborah Dennis would be taking on the position. Bringing over 25 years of international business and marketing communications experience across five continents, Deborah has built a broad skill set serving clients in a wide range of sectors including agriculture, automotive & supply, consumer packaged goods, consumer electronics, financial services, healthcare, industrial manufacturing, insurance, IT, retail, and recreation. Deborah’s first visit to Nova Scotia four years ago fuelled her dream of relocating here. “Deborah’s international experience with the world’s leading brand-building agency combined with her strategic business outlook will help lift the profile of our region and showcase the wealth of opportunities we have on our doorstep,” says board chair Scott Roberts. 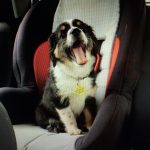 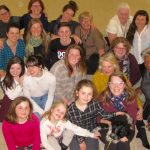