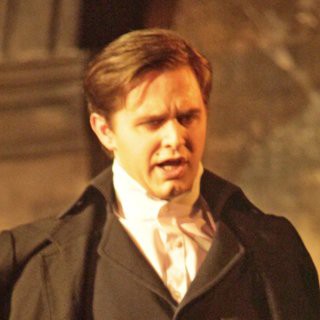 Acadia School of Music graduate Marcel d’Entremont is on the cusp of a burgeoning career in the world of opera. The tenor, who is originally from Merigomish, and now lives in Montreal, showed great promise while he was still a young student: he won the coveted Rose Bowl at the Kiwanis Music Festival in Halifax four times, and as representative of Nova Scotia at the National Music Festival in 2014, placed first in the solo division, and won the grand award for overall best performer.

On his first appearance in Europe in 2016, at the Rouen Opera in France, a music critic found Marcel’s voice reminded him of two of the great tenors of the past, Anton Dermota and Nicolai Gedda, both of whom were famous for their embodiment of the role sung by Marcel in Rouen, and, at the Palace of Versailles, Don Ottavio in Mozart’s Don Giovanni. The critic wrote that Marcel “was expressive with his round, free voice with an aria full of great finesse.”

In Canada, he has been heard in operas from coast to coast: with the Vancouver Opera, the University of Toronto Opera, McGill Opera, and, in the title role of Gounod’s Romeo et Juliette on an extensive Maritime tour with the Jeunesses Musicales du Canada, he touched down at the Festival Theatre in the Performing Arts Series. On May 25 and 26, Marcel will appear in Opera Nova Scotia’s production La Finta Giardiniera (Mozart) in Halifax, and, in mid-June, he heads out west to sing Rodolfo in Saskatoon Opera’s production of La Boheme.

D’Entremont will give a recital on May 6 at 2pm as part of Sunday Music in the Garden Room in the K.C. Irving Environmental Centre, accompanied by Heather Price on piano. The Wolfville concert will, however, not include operatic fare. On the program are German Lieder (Robert Schumann and Franz Schubert), a smattering of French art song (Duparc), and songs of two twentieth-century English composers, Roger Quilter and Frank Bridge.

Marcel has been featured soloist at the Nova Scotia International Tattoo five times and returns this year for a sixth. They can’t get enough of him!
Nova Scotia has made considerable waves on the international opera scene with the spectacular success of Jane Archibald, originally from Truro. On her way, too, is Suzanne Rigden from Dartmouth, at present in Berlin. Suzanne will give one of the seven concerts in Sunday Music’s 2018-2019 season with a recital on March 31, 2019. She is performing along with Marcel in Opera Nova Scotia’s La Finta Giardiniera in late May. For more information on the May 6 concert visit artsacadia.acadiau.ca. Admission is free. 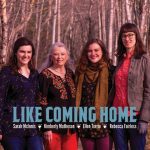