The Acadia Axemen Celebrity Hockey Dinner returns for its twentieth year in Wolfville and celebrates Canada’s game with multiple guests who have earned international success. Since starting in 1998, the event has raised close to $400,000 in support of the men’s varsity hockey program at Acadia.

The Acadia Axemen Celebrity Hockey Dinner takes place on Wednesday, June 13 at the Andrew H. McCain Arena in Wolfville. Tickets and corporate tables are available by visiting the Acadia Box Office or calling 902-542-5500. 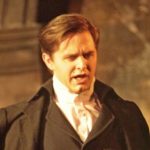