The Deep Roots Music Festival is delighted that Canadian Music Hall of Fame inductee Jim Cuddy will kick off this year’s fifteenth edition at University Hall on Thursday, September 27. 2017 Juno Award winner William Prince will open for Cuddy, and also give an intimate talk on Friday, September 28 as our Artist@Acadia in the Garden Room at the K.C. Irving Centre, Acadia University.

We are thrilled that Ryan Cook is also returning to Deep Roots on Saturday, September 29 at Festival Theatre, with a special appearance by Terra Spencer and with guitar whiz Mike T. Kerr in tow. Vishtèn will grace the stage, reminding those of us lucky enough to have seen them close the historic Mi’kmaq/Acadian event last summer in Grand-Pré how great they truly are. The night will also highlight Tomato/Tomato from New Brunswick, and Canadian folk music legend, Valdy.

Darrin Harvey will host the closing concert on Sunday. He will reveal the annual Valley Arts Award recipient and introduce a ‘song in the round’ with Terra Spencer, Mike T. Kerr, and Winona Wilde. David Newland will present his The Northwest Passage in Story and Song, which features Inuit throat-singing duo Siqiniup Qilautu (Sunsdrum). We’ll close out the festival with local darlings The Gilberts, and feature a CD release set with Kim Barlow’s latest recording project.

If you like dancing, you’re in luck. Deep Roots will present two late night dances at the Wolfville Farmers’ Market this year, starting after the main stage shows and only a short walk from the Festival Theatre. A barnburner on Friday, September 28 with The Kubasonics and Vishtèn will surely inspire us all to dance, and a full-on jamboree will happen on Saturday, September 29 with The Sadies and local phenom Zakary Miller (known for his raucous hootenannies at Union Street).

Come to the Festival Tent on Saturday morning with your kids for some crafts. Prepare for The Fresh Beats Parade (12pm) with hat, mask, and instrument making, drumming and dressing up with Wee Giant puppets, followed by a puppet performance of Red Riding Hood by The Maritime Marionettes, and Fishin’ for Pickles, a kids’ music show with Jamie Junger!

A Festival Pass gets you into all the Festival Theatre main stage shows, afternoon collaborations, and access to the Festival Club as ‘home base’ for the weekend. Passes are available for three or four days (includes the Thursday night Kick-off Concert). The main stage shows usually sell out so be sure to get your tickets soon.

Stay tuned for the full festival schedule. Tickets are available through deeprootsmusic.ca and at any TicketPro outlet. 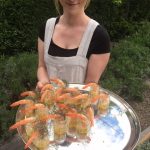 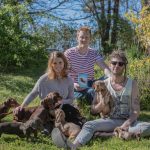