The bears are back!

Borealis Press is pleased to announce the publication of the second volume of Heather Pyrcz’s trilogy, Tales of the Shining Mountains. In book two, The Northern Reaches, Pyrcz follows her protagonist grizzly bears as they travel north, colliding with the miners of the Yukon gold rush. A fusion of fantasy, natural, and human history, the trilogy addresses the early terms of what has become a crisis for wildlife as identified by current supporters of North American natural parks, sanctuaries, and wildlife corridors. Pyrcz notes that the trilogy is principally for readers in middle school, but is also alert to the interest of adult readers.

Having recently moved to Montreal after 35 years in the Annapolis Valley, Pyrcz has published four volumes of poetry, two works on literary style for Oxford University Press, and now the first two novels of her trilogy. Both books are available at Borealis Press, Amazon.com, and Chapters/Indigo.

Watch these pages for a full review of the trilogy so far, and information about a Valley event in the coming months. 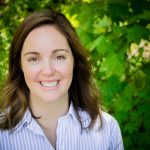 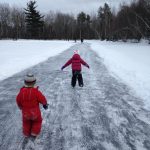