Skip to the content
Articles Events Give
Grapevine Publishing
April 8, 2019

The Crowdsourcer
Watch our community change the world one dollar at a time.

TItle: Sisters of Science
Website: gofundme.com, search ‘Travelling Sisters of Science’
Description: Based in the Annapolis Valley, NS, the Sisters of Science are a group of girls aged 9-13 dedicated to science! Over the past four years, Sisters of Science (an all-girls First LEGO League Robotics team) have won several prestigious awards in competitions at two Nova Scotia Community College campuses as well as Acadia University. They are now fundraising for their upcoming travel. They have been offered the opportunity to participate in the Global Innovation Award this coming June in San Jose, California as well as the First Lego League Mountain State Invitational in West Virginia in July. In addition to their online fundraising, the team will hold a ticket auction on Saturday April 27, 9am-1pm, with tickets drawn beginning at 1:15pm. There will be a barbeque, bake sale, awesome ticket prizes, as well as other raffle tickets.
Fundraising Goal: $18,000
Amount raised as of March 30: $2,640

The Crowdsourcer column will feature one local crowdsourcing effort each Grapevine issue. To garner support for your project, contact: editor@grapevinepublishing.ca 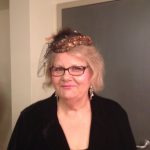