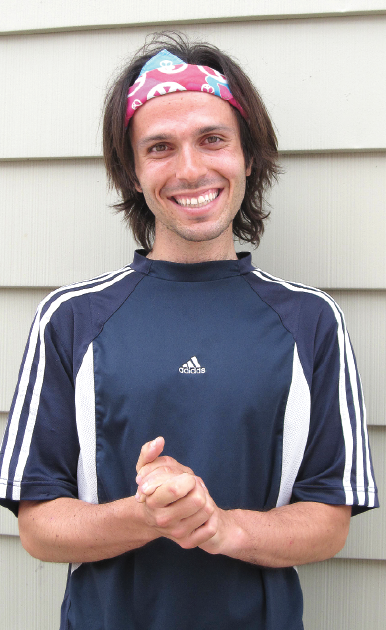 I know a lot of active and busy people. I am one of them, but no one has come close to Aaron Cumberland! His achievements, his interests, his talents…this guy needs the Who’s Who spotlight!

Aaron Cumberland is the Tennis Guy: always causing a racquet, and the guy everyone wants to court. Aaron was born in Romania, grew up in the U.S. and Canada and has lived all over Canada, but mostly in Ontario. Nice serve!

Aaron studied theatre, specializing in improv and comedy sketch, training at Second City in Toronto. He holds several fitness certifications and teaches senior fitness, personal-fitness training, and group exercise as well. He is one of the mostly highly qualified tennis coaches in the province. He started working in tennis at the age of the 13 and it has paid off, as Aaron recently won the Coach of the Year award for Nova Scotia. Besides playing the sport, he also writes manuals and coaching articles about tennis and delivers courses and conferences to parents, players, and coaches. And since he has so much free time, Aaron also teaches yoga and is in the process of finishing up a holistic-nutrition degree before moving onto another degree in social work! I told you he was a busy boy!  Score 15 – love!

Aaron has taught several after-school programs and designed certification and certificate programs, including an upcoming one called “Women In Coaching,” which looks at the difficulties facing a woman who wants to enter the world of high-performance coaching. Aaron has worked in tennis for nearly 12 years and has taught all across Canada, working in private clubs, commercial clubs, community clubs, and hotels and resorts. He has worked with all ages, from 3 to 93, and he teaches on average about 10,000 people a year via conferences, school programs, and so on.  Aaron says, “I got into tennis because of growing up playing. I love being in front of people. I love interacting and forming genuine connections with people of all walks of life. I love adding the ‘human’ element to teaching, which for me is, taking care of the student not just as a tennis player, but as a person.”  Terrific volley

When Aaron is not causing a racquet, he’s usually performing improv, fundraising for various causes, biking, or writing. As if the boy hasn’t done it all: he’s written 32 children’s books and one book of poems!

Aaron says, “I can never get enough time with people—learning from them, experiencing life events with everyone. Every day is a new day to make something amazing happen, and it’s our job to find that amazing thing. Then when you hear that you’ve changed someone’s life, given them a new direction and new attitude, it just makes your heart feel warm and happy knowing that somewhere, sometime, you’ve affected people for the better.”

Aaron, your determination, your intense energy, your generosity, and your skills are an inspiration. I look forward to seeing how your life’s tennis match unfolds. I expect big things from you! Thank you for being busy and taking the time to do all that you do! 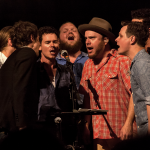 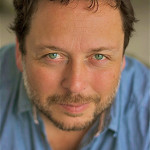