Jeremy Webb: Thanking you in Stages

The Grapevine > Meet > Who's Who > Jeremy Webb: Thanking you in Stages 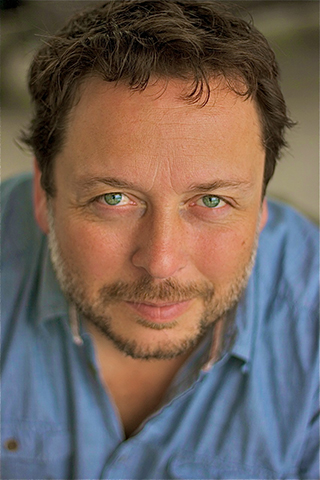 I write this Who’s Who column for a number of reasons: to meet interesting new people, explore their life and work,and then have the pleasure of telling readers all about them. In many cases, I write about a person I’ve known for a while and take this opportunity to thank that person because they’ve contributed to my life in a very significant way. Sharing it with all of you is just a bonus!

Which brings me to Jeremy Webb. Yes, THE Jeremy Webb fits into both of these categories. I say THE Jeremy Webb because he’s pretty awesome as a person, inspirational as an actor and writer and he’s given me three of my most famous/favourite stage characters to date. This is my hat-tipping, chin-shucking, pat-on-the-back, thumbs-up thank you to Mr. Webb!

You agreed to be my Who’s Who. Wow! I feel like I’ve hit the big time! First Alan Slipp and now Jeremy Webb… don’t know if this can be topped!

So, you grew up in Cambridge… thanks for clarifying that it’s in the UK and not in Nova Scotia! My first thank-you to you will be for going to theatre school at the Bristol Old Vic back in the ’90s and learning how to do what you do so well. Thank you also for bringing your talent and theatrical flair to Nova Scotia in 1998 and living here ever since. I am glad you and your partner Melissa have enjoyed your time here, right down to creating your best character yet; your son Samuel. Enjoy the amazing ride of parenthood: I bet you’re a natural!

I am sure my readers are aware that you own your own company called Off the Leash, creating your own shows and selling them to other venues. Is it true your Shakespeare On Trial has now been performed over 350 times in Canada (since 2009) and the US, and your one-man tour-de-force Christmas Carol a similar number since 2003? Congratulations! And great website at www.offtheleash.ca

Over the years you’ve worked as a columnist for the Herald and the Daily News, and now for Global TV and News 95.7FM, helping to promote the arts in Nova Scotia, and that’s terrific! Thank you for adding your unique talent to the Wolfville Summer Theatre lineup with Under Milk Wood playing August 10-18 and Stuff and Nonsense, both being performed at the Al Whittle Theatre. I will rush down to Box of Delights and grab my tickets. And I hear you’ve been busy working on the upcoming production of Comedy of Errors for Neptune this fall: looking forward to seeing that, as well as writing the next Christmas Fezziwig Pantomime extravaganza… should I pencil that into my fall acting schedule?

And speaking of Fezziwig, my final thank-you, Jeremy, will be to you for taking the time to write the last three Fezziwig productions: Cinderella, Snow White and the Seven Dudes, and Get Hooked! These theatrical experiences have been very rewarding for me. The crazy role of Citronella in Cinderella was a strong turning point in my community theatre career, and, thanks to the blasted Internet, my nephew still watches Single Ladies at least three times a week. Then to have you write the roles of Widow Spanky in Snow White and Tinkerbell in Get Hooked specifically for me was beyond amazing! Thanks for coming to see your Tinkerbell come to life (and death) on stage!

I speak for many when I say all you’ve done for the arts community in Nova Scotia and beyond is infinitely appreciated! This Tinkerbell has sure enjoyed being tangled in Jeremy’s Webb!!!