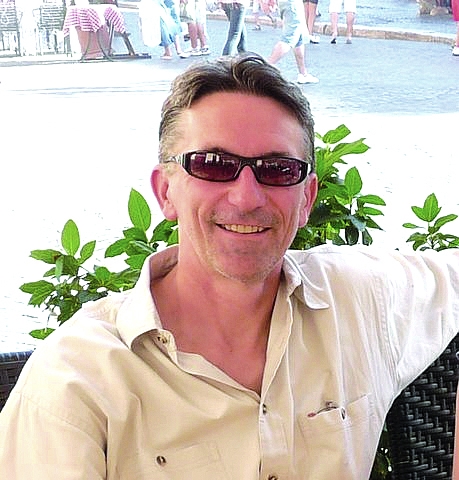 It was December 2009 and I had this teeny tiny little part in a play called Brand New Year, directed by Kerri Leier. I was called in about two weeks before the show opened to fill in for someone, and I was terrified. I hadn’t been on stage in over 10 years, and the talented people at rehearsal were so intimidating I wanted to turn around and walk out of the room. The troupe was great to work with, but one adult in particular graciously welcomed me and made me feel right at home. I didn’t realize at the time that he was taking the spot of someone else too, and he was just as terrified. His name is Doug Lutz.

Doug is originally from Regina. He wanted to be a lawyer from a fairly young age and actually started practicing when he was 23. He says he was lucky to have found his way into the practice of law because he wasn’t particularly good at any other trades. All I can say is that I’m glad Doug’s a lawyer, because I wouldn’t be good at it, so someone else has to do it. Thanks, Doug!

He was educated at the University of Saskatchewan and practiced in Alberta for 20 years before making the move to Wolfville with his wife Kathy Menko and their daughter Rachel. They have called Wolfville home since 1997.

After traveling to work in Kentville by bus for the past two years, Doug has decided to take the plunge and open his own law office in Wolfville. Although Doug will miss the wealth of friends he’s made on the Kings Transit (he’s known as the only man in a tie on the bus), he felt the move to Wolfville was necessary to further his practice. You can find Douglas Lutz’s office at 260 Main Street. Call 697-3013 or email dlutz@lutzlawyer.ca if you have any questions for Doug.

His job entails representing clients who are involved in disputes or lawsuits: personal injuries, motor-vehicle accidents, insurance, wrongful dismissal, corporate issues, defamation, construction and builders’ liens. Doug has also represented clients in municipal law matters, professional negligence and what we call “public law,” which is disputes involving government bodies, regulatory authorities, school boards, etc. Doug believes that people often only require a small amount of legal advice and guidance or even a second opinion in order to get on with their lives without incurring huge legal bills.

All that sounds very official, doesn’t it? Well, Doug does have other hobbies outside of the courthouse. He enjoys cooking, toiling away in his outsized garden, and supporting his wife with her work with the Wolfville and Area Food Bank. He also enjoys acting as sherpa when he hits the walking trails with Kathy and Rachel. Before the ladies took over his life, Doug enjoyed a bout of world travel, visiting Hong Kong, Bangkok, Singapore, China and Israel, among other places. When asked about returning to the stage in any upcoming musical or dramatic presentations, Doug went ghost-white and simply said, “Never again. It almost killed me.” I don’t think he was acting when he said that!

On living in Wolfville, Doug says, “It is a lovely town with amenities that you would usually only find in a city. As a place to practise law, it is significantly different from a large practice in a large metropolitan area, but after 17 years, I have a much better understanding of people’s needs and how I can assist them.”

Doug was a great source of information about himself, but it wasn’t enough, so I had to secretly email his daughter Rachel for some dirt. She mentioned some fun facts about Doug, including that he stopped playing the piano when he was 12 to take up the bagpipes (insert “lawyer + a lot of hot air” joke here!). He has run marathons and played rugby, and he’s known for getting into his car in his good work suit (would that be his law-suit?) and driving away blasting Led Zeppelin, Queen, The Who and The Doors. Put your hands together for the rock `n` roll lawyer! (Crowd goes wild!) Who says lawyers aren’t interesting? Well, not this writer.

I want to wish Doug all the best on his new adventure. And on a personal note, I am getting ready to perform in my 30th play since that first terrifying production back in 2009 and I want to thank Doug for helping out so much. It’s not easy to do community theatre if you’re thrown into it. Doug did a terrific job with the show and being one of the many things that has motivated me to continue with theatre. If a lawyer can do it, I can! Happy courting, Doug! 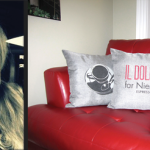 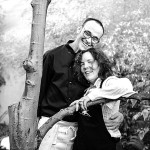