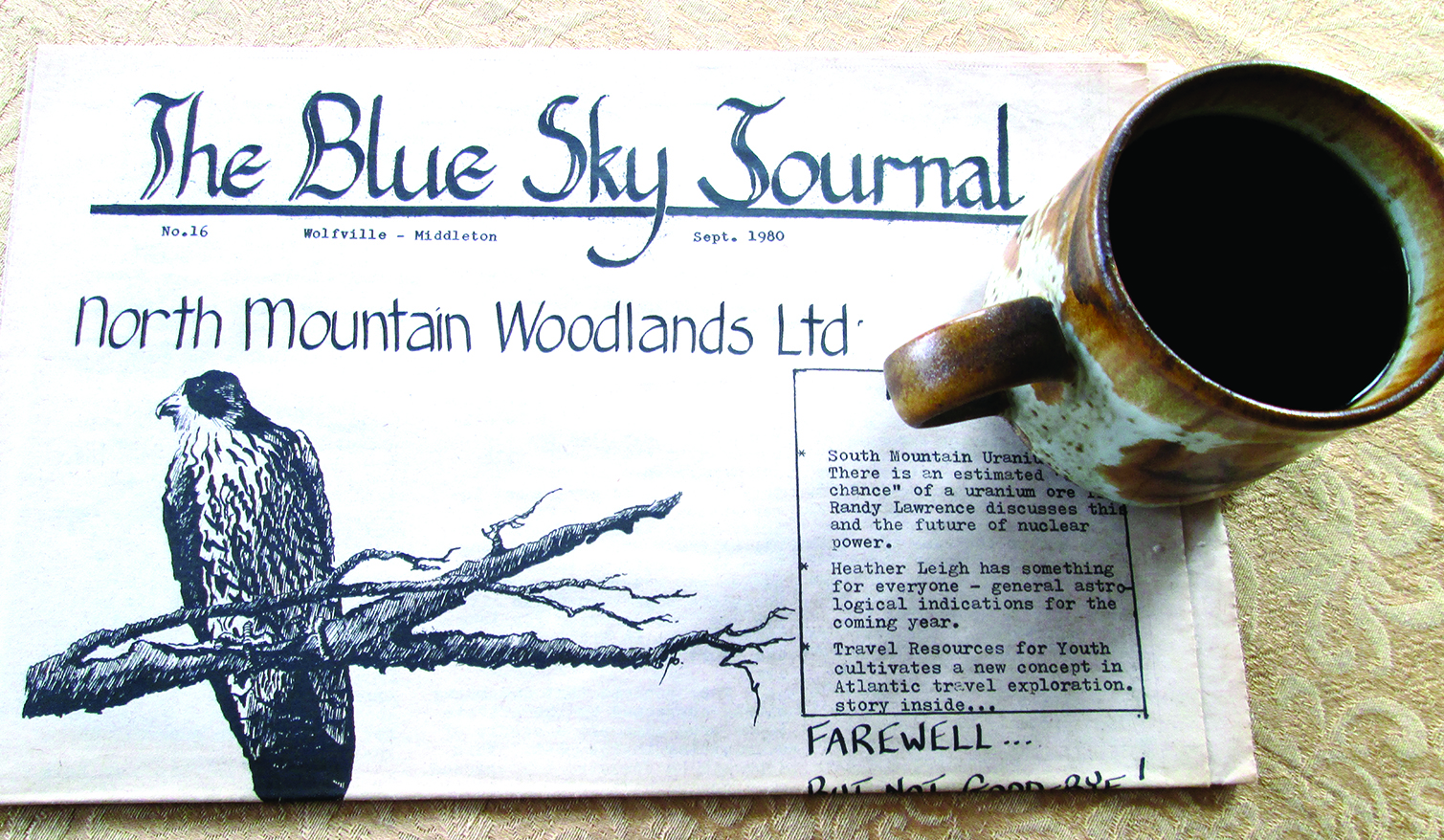 The Blue Sky Journal was not that different from the Grapevine.

In 1979, a group of community-minded writers and photographers decided to start an alternative newspaper in the area. The Blue Sky Journal was born of a desire to provide a forum for the exchange of ideas in the Valley.

Issue #1, in October 1979, described our vision: “The creation of a monthly news media, a lively view of the community and the issues which affect us, and a showcase for local writers.”

The publication was first released with two editions per month, then changed to monthly and sold for 25 cents a copy. We sold ads, usually the size of a business card, to raise funds. The greatest difference between The Blue Sky Journal and the Grapevine was technology. In 1979, we used typewriters and calligraphy. We designed the ads by hand and drew the illustrations with a black pen. The headlines were neatly written in calligraphy with the typed articles below.

Looking back, I am amazed at the scope of our content and the quality of our articles. From anti-nuclear rallies to bee-keeping, fasting to legal aid, we covered it all! Not only did we report on controversial events and profile community members, we published baby-food recipes, classified ads and horoscopes!

There was nothing we could not do! And everything was done by hand, from layout and advertising to delivery and promotion! We worked together as a team, full of positive enthusiasm and brimming with exciting ideas.

In February 1980, I profiled a dear friend and resident of Starr’s Point, Jack Marriott, who was almost 92 years old. “Talking with Jack about his life is a fascinating though tricky task, as each experience produces tangents of anecdotes, incidents and tales, each one as witty as the next….” In the same edition was an article on “Erosion: Topsoil Down the Drain” by Mercedes Brian, a piece on “Cooperative Games” by Grace Van Horne and a blurb on the “Wolfville Folk Club” by Jim Queen.

Classified ads for that same issue, which cost $1 per ad, included Labrador puppies for $5, stereo repairs, a cast-iron cook stove, old books, an upright piano for $800 and Neil’s Custom Grinding.

Our final copy was published in September 1980. We said “Farewell, but not goodbye” with high hopes of resuming, but the youthful

volunteers behind the scenes went our separate ways and reshuffled.

The Blue Sky Journal was a lively and eclectic forum about passion & ideas and it did indeed fill a gap in our community in 1979 and 1980, giving many budding writers an opportunity to grow and expand. Some of us are still writing!

(Lila Hope-Simpson is an educator,