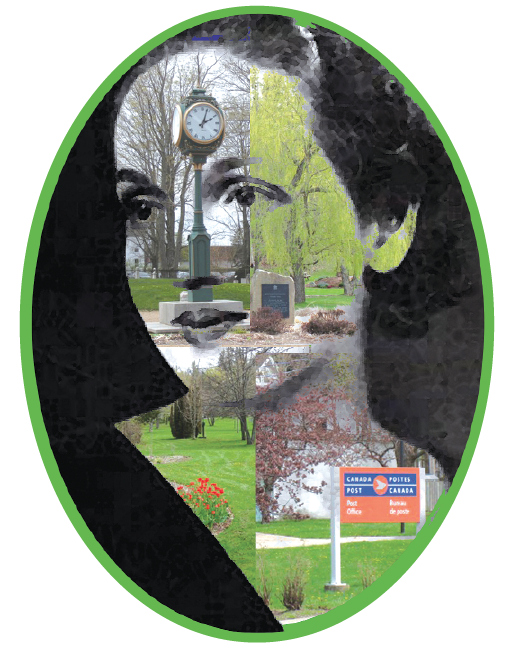 “This project isn’t just about remembering the contributions of a community member,” says Andria Hill-Lehr, who wrote Parsons’ biography. “There are many who deserve that. This is about honouring the memory of a woman who, though she never wore a uniform or carried a gun, was willing to put her life on the line when she found herself in war zone and seized upon the only thing she could do to support the Allies in their fight against Hitler.”

“The contributions of women to Canada’s historical narrative have been buried or glossed over for generations,” in Hill-Lehr’s mind.

“Did she change the course of the war? No. But she did what she determined was the only possible thing, living as she was in a war zone, to help the Allies in their fight against Hitler.

Members of the Women of Wolfville have begun fundraising to erect a statue in Parsons’ memory. Funds raised by the group’s June 13-14 production will go into a fund held by the Wolfville Historical Society. The Nova Scotia department of Communities, Culture and Heritage has already contributed a third of the estimated $25,000 cost of a statue.

Wolfville’s popular Gravely Ghost Walks ends at her gravesite with Parsons’ ghost pointing to her tombstone, which lists her simply as a wife.

Hill-Lehr can be contacted for further information by e-mailing: andriahill@yahoo.ca or call 542-2533.

Parsons’ compelling story began in Wolfville, where she grew up. In the early part of the 20th century, she graduated from the Acadia Ladies Seminary, joined the theatre world, then went to nursing school and found work with a Park Avenue doctor.

She met and married a Dutch businessman and they moved to Holland just prior to the outbreak of World War II. When the Nazis invaded Holland in May 1940, they joined the Dutch underground and, at great personal risk, successfully sheltered Allied airmen in their country home.

In 1941, Parsons was taken into custody by the German Gestapo. Originally sentenced to death, she began a life sentence, spending four years as the only Canadian female civilian imprisoned by the Nazis. In March 1945, she and a Dutch baroness staged a dramatic escape. Then they began an unbelievable journey on foot back to Holland.

What followed was the stuff of movies. Parsons skillfully eluded capture using a variety of disguises and personas. Eventually, she made her way to the Dutch border, where she was taken in by Canadian troops. Subsequently Parsons was presented with citations from Britain and the United States for her courage in sheltering members of the Allied forces, but no commemoration has ever been made in Wolfville, where she spent her final years, let alone in Canada.