Letter to The Grapevine: The Neanderthal Man that Charles A. Stultz made in 1931 was taken from my front porch on March 21st 2014. This is the time of year that students are finishing exams and are prone to pranks. It was returned to my front lawn on June 20th 2014 by two youths who I happened to see out the window but who had gone by the time I got out the door. They left a note:

We were not the ones who took him, however, we are the ones to return him home. Bruce has impacted our lives and we are sad to see him leave, but you can’t stay away from home forever. Bruce has been on many adventures with us and we consider him part of the family. Some might say he is leaving home to go to his other home. I know you will take good care of him and give him the attention he deserves. Bruce is a great beer-pong player and an even better friend.

A few minutes later I got a call from a pay phone from a guy saying that they had left him under the tree on my front lawn. So I said I was very happy to get him back. The Neanderthal Man has some scrapes from his ordeal but nothing too serious. Now I have to find an appropriate place inside the house for him.

Thanks for your interest in “Bruce”…or Chuck, as I called him, after my Uncle Charlie. 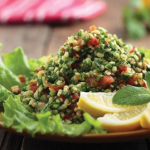