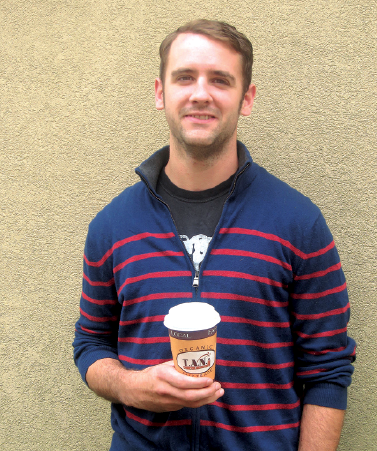 Lucas White approached me for a Who’s Who profile recently. I have met many eager people in this line of journalism but no one quite like Lucas. Lucas was so prompt with his emails and diligent about getting the word out about his new business adventures that I was shocked at how quickly this all came together for this issue. This industrious attitude that Lucas possesses is, no doubt, what fuels his latest career endeavor. Here’s the colorful tale of Lucas White.

Lucas White is a local boy, raised here in Wolfville. His father and mother both moved here at an early age and after they were married chose this area to settle and raise their family. Lucas attended Wolfville School and then made the move to Horton where he graduated in 2006. Lucas developed a keen interest in Business at a very young age, like SIX, when his entrepreneurial skills led him to sell Jell-O door-to-door in his neighbourhood. That kind of selling really broke the mold (ha ha!). After high school Lucas attended NSCC and received a diploma in Business Administration with a concentration in Marketing. After traveling to New Zealand in 2011 he decided to further his education in Business and attended Acadia University. It was an easy choice as most of his family members have also received degrees from Acadia. Lucas gained a lot of his practical business experience while running a franchise with University First Class Painters as the District Manager of New Brunswick and overseeing five franchises within the province. For thirty years, Lucas’ father was the founder and president of a company called Timbertec Inc. and he has always been a mentor to Lucas when it came to business operations.

So where is Lucas now? Well, the coffee cup in the photo gives some of it away.  Lucas is currently the Business Development Manager for T.A.N. Fair Trade Product Ltd.  Some of his responsibilities include overseeing all marketing strategies, sales promotions, employee management, and strategic planning.  What he loves most about working for T.A.N. Coffee is their philosophy.  Building social awareness about buying ethically-sourced, fair trade, and organic products is their passion, and they get to bring these products to the marketplace for consumption. Lucas says, “It’s nice to know you are effecting change in the industry and T.A.N. cafés help to stimulate our local economy. We also love to offer the highest quality product possible, and I think we’ve achieved that goal

Outside of work, Lucas enjoys sports. His first love (like a lot of Canadians) is Hockey and he’s been involved in competitive leagues his whole life. Lucas also has a fondness for baseball, snowboarding, surfing, golf, and he’s a bit of an adrenaline junkie (too much coffee maybe?) and had the chance to go skydiving while he was living in Queenstown, New Zealand. Someone’s got to do it and hopefully I will never have to.

Lucas loves music and plays the guitar in his spare time. He also has the travel bug and hopes to have some worldly adventures with his new position, saying, “What a great opportunity this job has offered me, hopefully I will have the chance to one day visit our coffee suppliers which we have all over the world.”

Lucas states, “One thing I adore about the Annapolis Valley is its natural beauty. You can literally go anywhere in the world and our landscape is tough to beat. The vibe of the Valley is something that I think people are drawn to, everyone is so laid back and friendly, and if you ever need help with anything you can count on your local community to lend a hand. I think Wolfville in particular is a special place and I’m honored to call this community my home.”

Well, I heard all about work and his love of the Valley but I needed something MORE from this guy. So I asked Lucas to share a funny story or interesting fact about himself for the readers of his profile and Lucas offered up this great story!

He said, “Something people may not know about me is that when I was a young boy I had a habit of calling 911. My older sister Kelsey, unfortunately for her, would babysit me a lot and whenever I couldn’t find my pajamas, I thought it to be rightful cause to notify the police. This happened about 5 times from ages 5-6. When I was 17, I had a friend whose cell number started 6-9-1-1-4 (etc). One day I called him and missed the 6. Well of course I got the 911 operators. So they had to send a police officer to the house to check on everything. I answered the door and standing there was the same police officer that used to come to my house every time I called as a child, he smiled and said, ‘still up to no good eh Lucas?’”

After getting to know Lucus, I’d say he’s up to some good these days…. wouldn’t you? 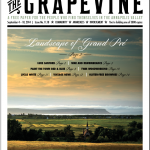 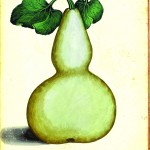