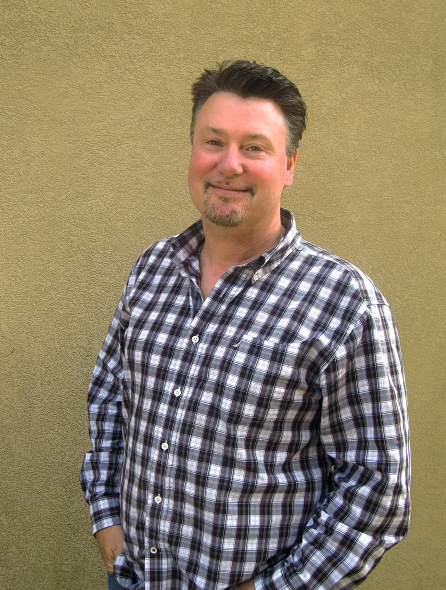 (Huge apologies to Lucas White, Robert Lee and Mike Butler from Grapevine staff for getting the names mixed up on this issue’s Who’s Who due to an unfortunate combination of a technical flaw and over-exhaustion )

Well, writing this Who’s Who is going to make a colonoscopy seem like a light-hearted treasure hunt. I am kidding of course! Part of that first sentence was the opening of a play I did a few years back called The Long Weekend by Norm Foster, a delightful comedy about two couples who swap truth, lies and each other over the course of two weekends. Robert Lee took on the lead role (his first) of Max Trueman and blew it out of the water (after A LOT of rehearsing) and he was such a delight to partner up with during that play that I wanted to introduce you all to him and his new business venture.  Enter The General – Robert Lee!

Robert Lee is originally from England, which would explain the accent (only on certain words though) and after he completed carpentry apprenticeship chose to move to Canada in 1995. A funny story Robert told me was that he got off the plane and the first place he went to was a Pub and it was there, that same day, that he met his future wife Lisa. Talk about getting things done! Robert and Lisa have two beautiful girls, Olivia and Siranda.

Robert has always had a knack for building, creating and constructing things. And it was only natural that this would be a huge part of his life that fueled his career and some of his extracurricular activities. Robert, with his business partner Steve Lockhart, owns and operates 2CONSULT, a business designed to help new homebuilders and renovators have the very best experience with their projects from the starting plans to the finished product.

Over the years Robert and Steve worked individually with some of the best builders in the industry and both were fortunate to be part of great teams, resulting in multiple awards and invaluable experience. After 45 some years of combined experience in the building industry, Robert and Steve met and were discussing their stories. They consistently discovered that a large number of homeowners wanted a different approach to building their own homes. This is when they had a light-bulb moment – knowing that trust, transparency and value were of high importance, they realized they could create a system that would empower consumers to build their own homes with confidence and ease, all the while having a positive impact on the industry as a whole. Hence, 2Consult was created and the adventure began.

Robert is quite passionate about this company and its high standard of quality and customer care. Having worked with Robert in theatre and seeing his drive for perfection, I can only imagine how meticulous he is with his 2Consult clients.

2consult is a company that acts as your own personal consultant and helps you navigate through the process of building a home, resulting in savings of thousands of dollars and giving you pride in your accomplishment.  2Consult caters to any level of experience you may have in home building, from the complete beginner to the very experienced, they provide a service that adds value through efficiency, durability, quality, price and timesaving.

Robert says, “The valley is full of community spirit and there is a vibrant group of energy-conscious, innovative and creative people.  It’s great to be able to help people who are seeking better options in lifestyle and home building.”  You can visit www.2consult.ca for more information. Find the company on Facebook and email Robert with questions at robert@2consult.ca.

Now, on to NON-WORK stuff.  When Robert is not hanging out with those scuba diving, Pina Colada-drinking Germans in Martinique, he is on the board of directors for Quick as a Wink Theatre, in Windsor, and helps with the set building. He enjoys kayaking, swimming, playing the guitar and hanging out with the family.  Besides “The Long Weekend”, Robert had a small part in Quick as a Wink’s “Glory Days” and hopes to get back on stage in the future (those leading man looks and that quick wit should be experienced by all!)  Well, no matter what he’s constructing, be it a home or an in-depth theatrical performance, Robert can be counted on for quality and excellence. Trust me, it would assuage you greatly to use his services! They don’t call him The General for nothing! 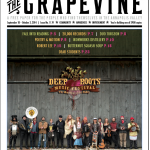