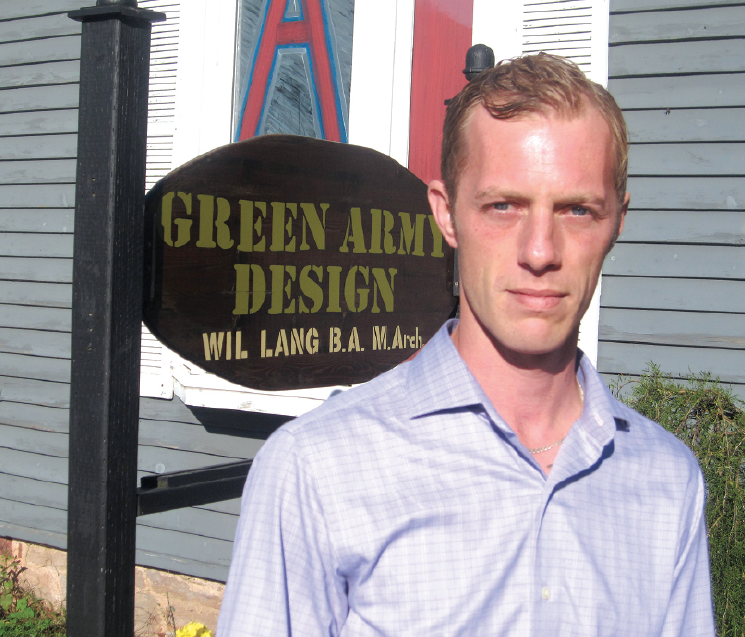 I’m a busy man. There, I admitted it! Right here in PRINT, I admit to all my readers, I am a very busy man, but what about Wil Lang?  Seriously, check out this guy. Yes, it’s Wil with only one ‘L’ and if you’ve eaten at the Troy Restaurant in Wolfville, strolled through the Wolfville market, escaped to Pantoland in Fezziwig 2013, or just walked around town, then you’ve seen, heard of, or encountered Wil Lang. And if you haven’t, then you haven’t left the house in a very long time. I am busy but Wil Lang takes the Baklava!

Wil Lang comes from Banff, Alberta. He moved to Wolfville in his late 20’s to go to Acadia. Wil studied Theatre and fell in love with the Valley. My first encounter with Wil was as an audience member for some of his Acadia productions and then seeing him in all his glory as one of the December Male Calendar models for the Men of Wolfville Spread (we’re not ashamed are we Wil, as I will always be Mr. April!)  Wil moved back to Alberta to complete his Masters in Architecture and following that accomplishment, returned to Wolfville where he’s been ever since. He is the proud father of two adorable sons named Lennon and Wynn.

To go with Wil’s snappy shirts and pants, he wears many hats. Professionally, Wil is the owner and operator of Green Army Design, where he practices sustainable residential development.  Wil states, “Growing up in Banff, I developed a strong respect for the environment.  This formalized into an interest in environmental politics during my years at Acadia.  From there I chose to study sustainable architecture as a way for me to make a tangible difference in our shared futures. The Green Army is my vehicle to do just that, and we are going to need a Green Army if we are going to tackle the many challenges ahead of us.” You can pop in to Green Army and see what Wil has to offer. His office is located at 3 Elm Avenue in Wolfville and you can find Green Army Design on Facebook.

Wil is also the co-owner of the fabulous Troy Restaurant located at 12 Elm Avenue in Wolfville. Have you been there? It’s to die for!!!  And having worked in the hospitality industry for over 20 years, loving the customer service aspect of serving, and being around great people and amazing food, Wil fit perfectly at Troy.  Wil says “it’s a job that lets you entertain and make people happy, I mean, what more could you ask for? Troy allows me the opportunity to indulge this side of me.” Be sure to check out their website for upcoming events at troyrestaurant.ca, and get down there to enjoy a nice meal on the patio before old man winter takes over.

Another hat Wil wears is that of the President of the WBDC. Being part of this organization has given Wil an enormous appreciation for the business community in Wolfville. He hopes to use his leadership skills to continue building Wolfville into a premier destination for visitors and an exciting and successful environment for businesses to thrive.

And now for the Theatre hat that Wil wears. Wil always jokes that his other professions are a way to allow him to be an unemployed actor for the rest of his life.  After being a part of the Fezziwig ensemble in last year’s Alice in Pantoland (Wil was the THRILLER-singing Werewolf), he has picked up the acting bug again and couldn’t be more Thrilled! (hee hee, get it… Thriller… and Thrilled… Anyone?)

Wil will be returning to the stage in this year’s Fezziwig production of “Scrooge: Back to the Future” in December, but first he’s taking on a more serious role in Allen Hume’s drama “The Lighthouse” playing at CenteStage Theatre October 24, 25, 26 (matinee), November 1 (matinee and evening), and November 2 (matinee). Yes, that’s right folks, only SIX performances of this exquisite production. Wil plays a WWII soldier named Raymond, and his role has so many levels of emotion, you simply have to see it! Call 678-8040 to make reservations.

Now, what does the future hold for this extremely busy man? Well, Will says it might involve some level of public service, be it Municipal, Provincial or Federal (Mayor Wil Lang?) but he would need to write a juicy tell-all memoir first, right? Troy and Green Army Design are still young, so they have some growth ahead.  And of course now that Wil has the acting bug (and he’s not getting any younger, despite looking 14 years old with that new Lighthouse haircut), he is seeking more acting gigs on film or on stage. It’s a big commitment but, it’s not like he’s busy or anything!

See the Lighthouse! See Fezziwig! Eat at Troy! Save the Planet! Where there’s a WIL, there’s a Way! 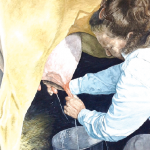