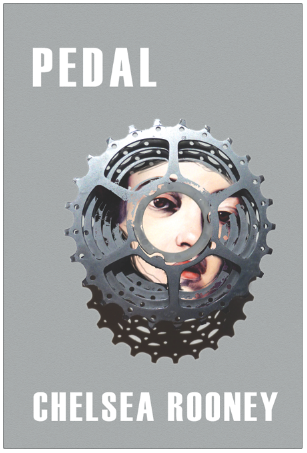 There are some realities that, for moral convenience, we try to ignore. Chelsea Rooney’s debut novel, Pedal, involves most of them.

Pedal’s narrator, Julia, is a counselling psych student trying to write a thesis on pedophilia. On a cross-Canada bike ride purportedly to find her father, Julia is carried back and forth between her identities as researcher, subject and witness of pedophilia, daughter, friend, and ally of pedophiles. She simultaneously juggles complex family relationships including a mother newly diagnosed with Alzheimer’s and a sister traumatized by childhood abuse. Julia’s last-minute travel partner, Smirks, is her best friend’s ex, an attractive athlete with a troubled history of his own. The pair’s journey brings them face-to-face with some of the most extreme (and taboo) circumstances of life: from suicide, abuse and drugs, to witchcraft, unplanned pregnancy and abortion.

What allows Pedal to navigate this sprawling subject matter successfully is its surrender to incoherence. Rooney doesn’t waste time on transitions because, she adeptly shows, real life doesn’t. In fact, meaning throughout the book is assigned, falteringly, by the characters themselves; Rooney is a mere witness. The seeming absence of an imposed narrative means Pedal carries you lightly through its pages. The novel avoids the usual clichés of a plotline based on a search for identity – those contrived coincidences and indiscreet moral messages. In their place is a simple and penetrating snapshot of the forward and backward, up and down motions of the human experience.

That human experience, we learn, is not always subject to the bounds that the law, schools and families insist upon. Especially around issues of sex and consent, Rooney drags us out of our places of hiding behind institutionalized convictions. Categories of “victim”, “survivor”, “rapist” and “abuser” are uprooted. Pedophiles are re-humanized. Child-adult sexual relationships are re-oriented. With each page, the door to thoughtful consideration and conversation is prized open.

Pedal’s greatest achievement is not its writing, which is lucid and graceful, nor its characters, knowable yet irreducible. Trumping both is this novel’s creation of a space in which to think freely, naturally, about questions that shame and fear too often suppress. 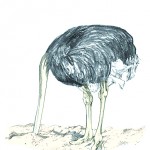 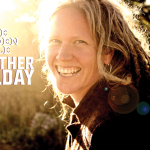