Recently I took my grandchildren to Halifax Airport to meet their Dad, who commutes between Grand Prairie Alberta and the Valley. On the way my granddaughter insisted that we should buy him a heart-shaped helium balloon.  Returning home, we stopped for lunch at a McDonalds in Dartmouth.  It was a windy day and, inevitably, as the car door opened, the balloon was sucked out leaving a wailing 5 year-old watching her balloon disappear into the clouds.  After lunch, while walking back to the car, a stranger appeared clutching a replacement balloon which he had bought after witnessing my granddaughter’s despair.  He apologized for not finding a heart-shaped balloon but instead, much to my granddaughter’s delight, gave her one depicting her favorite ‘Frozen’ character.  As a ‘CFA’ now settled in Nova Scotia, I am very grateful to live in this part of the world where acts of kindness like this seem to be the norm. 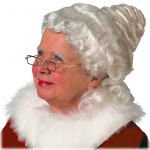