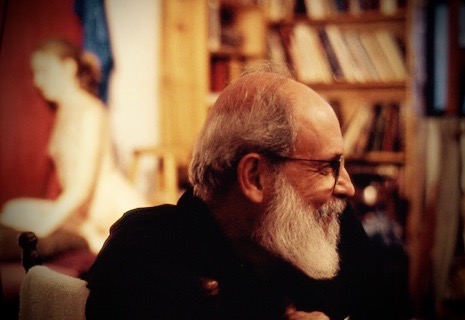 Robert Coane can usually be found in one of two places: Paddy’s Pub in Wolfville, where, to take in the whole experience, Coane insists that “you have to sit at the bar”; or in his home on Main Street, likely lounging in a fireside chair with one, or two, or three, dogs close at hand. “Dogs are sacred, which is why I always capitalize the word” he explains. Coane is a draftsman and painter, best known for his provocative political art. However his current work is a departure from the conventional palette, more aimed at the era of the internet, but more on that later.

A transplant, most recently from New York, Coane was born in Rio Piedras, Puerto Rico. Don’t be mistaken by his name, it’s pronounced, as he explains it, “like Cocaine, without the middle ‘C’. It’s an old Irish name my grandfather picked off a whiskey bottle in Philadelphia – a long story. Maybe that’s why I like it so much – whiskey, NOT the name. My first name (well nickname) is easy to remember cuz you can spell it backwards, BoB.” Coane’s path in life was set early. At the age of twelve he was apprenticed to artist Fran Cervoni in Puerto Rico. He was befriended and strongly influenced, both artistically and politically, by Lorenzo Homar, a Puerto Rican printmaker, painter, and calligrapher.

Coane’s works have been widely exhibited at venues throughout the USA including the Minneapolis Institute of Arts; Hopper House in Nyack, New York; and in New York City at El Museo del Barrio, the Wright Gallery, and Spring Studios. He has held residencies at El Museo del Barrio and at the Universidad International Menedez y Pelayo in Santander Spain. He was the consultant on Latin American art at the Walker Art Centre in Minneapolis and he spent over 35 years teaching, holding positions with the Minnesota Museum of American Art School and the New York Academy of Art. For twelve years, he taught Drawing, Colour Theory, and Pastels at the Parsons School of Design.

Coane’s adventures in Nova Scotia however began in the 1970s as a travel guide, which is how he met his wife Cindy while she was working at the Digby Pines one fateful summer. While Coane certainly loves a good beer, a good chat, and good company, he’s also a bit of a recluse and perhaps one of the Valley’s hidden gems – with slightly sharp edges and all.

When it comes to opinions, political or otherwise, Coane isn’t shy with his views – his art and his storytelling are filled with strong and distinct opinions, as well as a good dose of humour. In any conversation, it’s likely impossible not to bump into his opinions on art, religion, or current political events. “My Atheism is a huge part of me,” Coane insists, “ I was born godless, raised Catholic, Jesuit educated, reborn Atheist, am free from religion and good without gods. I’m very spiritual. I believe in spirits, especially bourbon.” Coane’s art, and his life, appear to follow one guiding principle: “I always speak my mind and never lie, no matter the consequences.”

He has his own view on art, the art world, and artists both local and abroad. He loves Francis Bacon, and is not a fan of Alex Colville’s work. And while he could likely go on for a while about other artists’ work, what he likes, what he hates – his own work is charged with enough topic for days of conversation. The walls of Coane’s home in Wolfville trace his artistic interests throughout the years. Larger-than-life figurative pieces hang in the living room, the dining room showcases portraits of the youthful circus workers Coane once travelled with (but that’s another story), and tucked along the walls of Coane’s desk area, are his shadow box creations, most recently shown at the Annual Acadia Art Show. The basement, which Coane refers to as the Mausoleum, holds the paintings too numerous to hang upstairs. Carefully preserved albums hold countless figurative sketches – arguably Coane’s best work.

His work shows influences of Michelangelo’s sculptures, Carvagagio’s use of light and dark (chiaroscuro), and the distance the Impressionist movement took towards not using black pigment. Coane claims that there are only a couple of painters who have successfully used black – Goya (Black Period) and Manet. Coane prefers to create contrast in his work by mixing darker colours (browns and blues) to create the illusion of black.

Coane considers his heyday was in the late eighties and early nineties, when his political work was at its height. “After that, though, I consider my painting capabilities improved, it was all really fluff and eye candy,” he recalls, “ mostly about colour and composition and non-narrative.”

For all of this talent, experience, and very obvious love of the craft, Coane has retired from painting. “Learning is a lifelong process and it stops when you’re dead, either physically or artistically, when what you produce becomes formulaic.” Coane explains, “I decided to stop painting and commit art suicide.” But that’s not to say that he’s done with artwork altogether. While he suggests that the replacement has been largely “ranting and cooking”, he has clearly just taken a different direction, towards, perhaps, a renewed commitment to narrative.

At just the age that stereotypes might suggest that his generation would likely be out of touch with the culture and use of technology, Coane has taken it upon himself to work within an entirely new medium – email. Coane’s ‘E-Patiche’ can only be described as ephemeral art. They are emails crafted as collages, filled with images and quotes, paintings, photographs, and anything else that he can use to get his point across. He sends them out regularly, to both a wide audience of media and a select group of individuals. They comment on everything from national holidays to the news of the day. They also keep Coane, considerably busy. “I do consider these “E-Pastiche” emails my latest artwork because that’s what they are and sometimes they take days to complete. I’m an EXTREME “polisher”. Neurotically, compulsively so.”

Coane is a man of many talents, and it might even be argued that the strength of his opinions is in itself one of them. The strength of his own conviction is clearly an unstoppable force.   He says it best: “In a nutshell, I am who I am.” 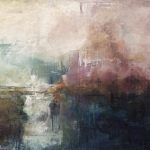 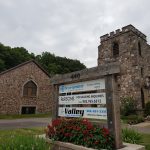