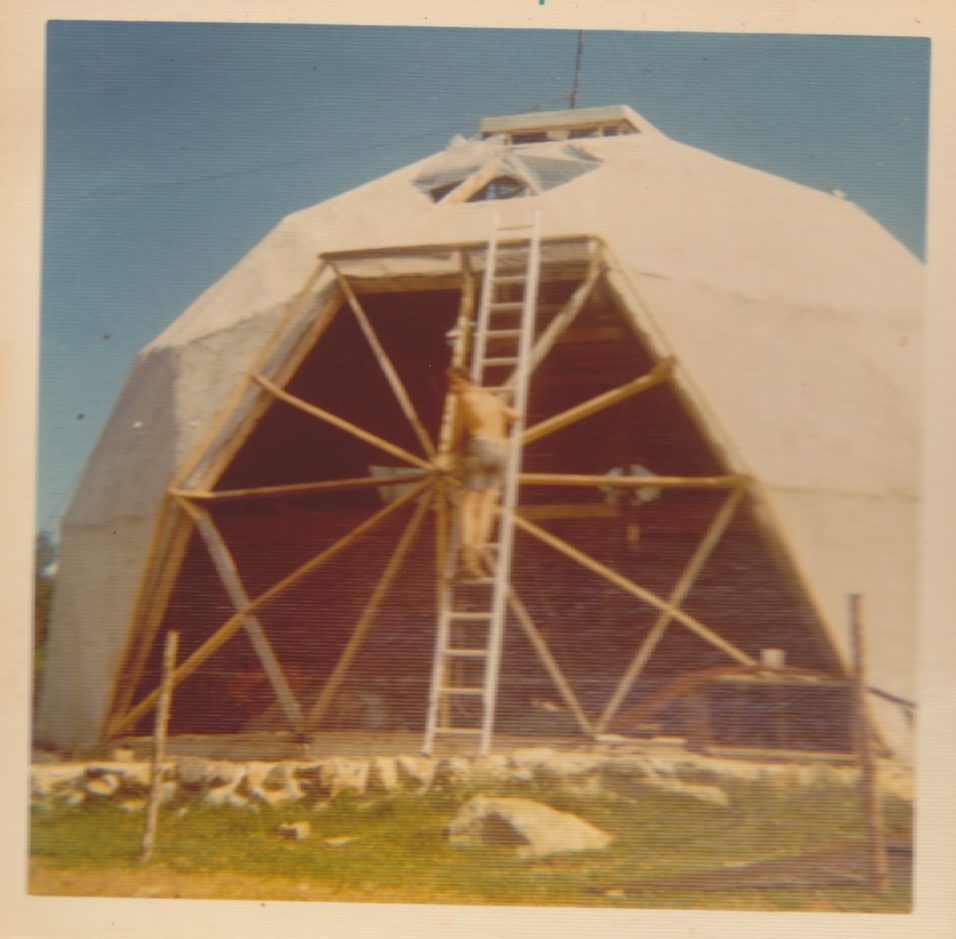 The Dome Chronicles: The Dam
By Garry Leeson

In 1974 we had a few horses lazing around in the pasture and I figured it was time that they started to help paying the bills. We lived in a beautiful neck of the woods so why not get a piece of the tourist trade? What I had in mind was a trekking business along the lines of the ones I had read about in England and Ireland. In addition to the riding, we would offer some canoeing and swimming. We came up with a catchy name, acquired a few more quiet old nags, purchased some dude saddles, bought canoes, had some brochures printed and we were in business.

We called our new venture Wilderness Treks and to our surprise, in a very short time, the brochures were flying off the tourist bureau shelves and people visiting from various places all around the globe began making reservations. The first route I chose, a twelve-mile return trip from Cloud Lake, was a trifle ambitious; five hours in the saddle was a bit too much for unaccustomed rear ends. I thought I had better find some easier routes, so I did some exploring. Birch Lake Stream above Crystal Falls seemed like a good prospect.

It only took the horses an hour and a half to make their way up the old J.T. Morse Road to an abandoned mill site where I could build a holding corral and keep our canoes. From there we could spend the better part of the day leisurely paddling and portaging our way upstream. In less then two hours we would reach our final destination, a picturesque lagoon where the lake spilled over a small waterfall into the river. It was an ideal situation and my customers loved it until the heat of summer hit and the water level in the river began to drop. Each trip upstream became progressively harder. The portages became more extensive which was especially hard on me because I was the one who had to hump the canoes while the tourists strolled along admiring the flora and fauna. The river kept dropping and I was just about ready to revert to the dreaded Cloud Lake route when a thought occurred to me.

Maybe I could raise the level of the river. I remembered seeing a couple of pylons sunk into the mud near the mill site and one of the locals told me that they were part of a plank dam that once stood there. I sketched out a crude plan for a new dam one evening and then late the following afternoon I saddled up old Bess, strapped my chainsaw on and headed up to the river. I left my horse in the corral and then followed the river up for about a mile to where a stand of huge poplar stood near the bank. It wasn’t the best building material but it would have to do. I figured that if I could fell the trees in the water I could then float them down to the dam site later on.

My little blue Homelite chain saw, in typical fashion, was not working very well and I spent as much time trying to start it as I did in actual cutting. By the time it started to get dark I was exhausted and I only had about fifteen big trees in the river. I intended to return early the next morning and limb the trees out and start driving them downstream but something important came up and I didn’t get back to the river for four days.

During that time I was having some serious second thoughts about the dam project. It would be unauthorized on Crown land and might incur the wrath of the Queen. Besides it looked like it was going to be a lot more work than I originally thought. I knew that it wouldn’t right to leave the trees hanging in the river so I put the yarding harness on Bess, climbed on her back, and headed up the mountain determined to skid the logs to where someone could use them for firewood.

As I rode out of the fire road into the clearing where the mill had once stood I was astonished at what confronted me. At the exact location where I had planned to put my dam a wide dike of mud and sticks spanned the river and was already stemming its flow. As I approached a huge beaver registered his displeasure with a resounding slap of his tail and then dove underwater. I tethered Bess and headed up to where I had felled the trees but they weren’t there. All that remained were piles of chips. All of the trees, some of them quite tall and heavy, had been removed; apparently they had been floated downstream to become part of the new dam installation. It wasn’t quite as high as I had planned so I decide to help my furry friends along. I spent the morning felling more poplars into the river and, as I hoped, the beavers got the message and duly put them to good use. By the time they finished a few days later, a sturdy causeway spanned the river and two dome-like lodges stood nearby.

The river was affected for its entire length and with the added depth I was able to continue using it for the remainder of the summer with the added attraction of the occasional beaver sighting for my customers. My little buddies were shy and didn’t appear too often during the day, which seemed unaccountably modest considering what they had achieved. The dam was amazingly strong and held against the current for two full seasons until some misguided trapper decided to dynamite it for the sake of a couple of pelts 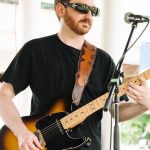