Skip to the content
Articles Events Film & Media Look
Genevieve Allen Hearn
October 20, 2016
Three Shorts by Susan Glaspell:  Trifles, Suppressed Desires, and Woman’s Honor
Written by Susan Glaspell
Directed by Anna Migliarisi
Dates: November 16-19 and 23-26;
Time: 7:30pm;
Location: Lower Denton Theatre, Acadia University;
Tickets: available at Acadia Box Office (902-542-5500)
or at the door;
Cost: $15 regular, $10 seniors/students, $7 for groups of
8 or more
Writer, theatre producer, actress, and feminist Susan Glaspell (1876-1948) is largely known for her 1916 one-act play “Trifles” which is based on an actual murder case she covered during her stint as a journalist. But Glaspell was also a principal player in the American avant-garde theatre movement and co-founder of the influential Provincetown Players. She experimented with both comedy and tragedy as forums for social critique; strong female characters, and their particular struggles, were always at the center of her dramaturgy. During her years of productivity, Glaspell was widely considered to be one of America’s two most important playwrights (Eugene O’Neill being the other). 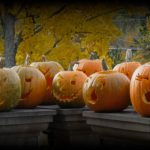