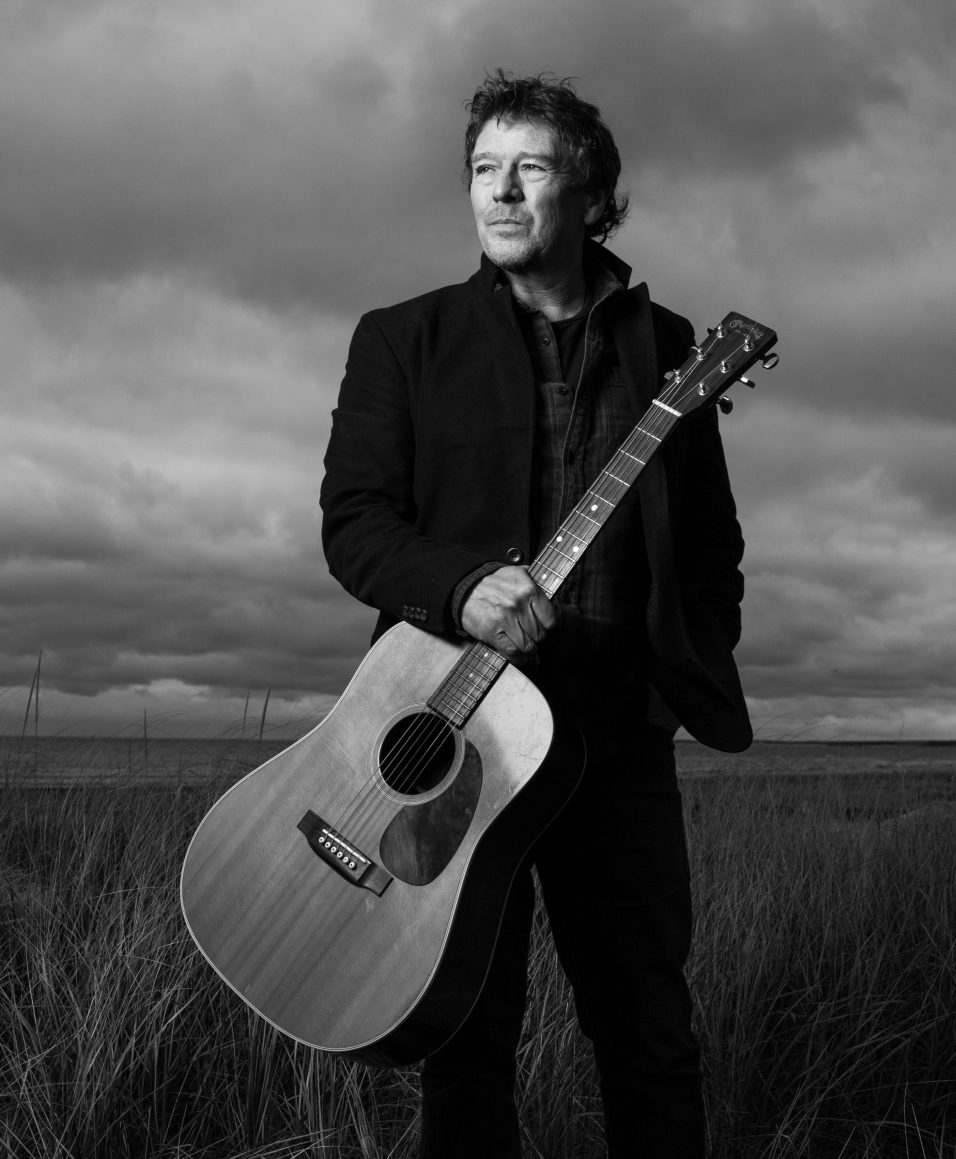 The show employs a 20 ft screen on which images are constantly in motion behind some of PEI’s most talented bilingual musicians. In addition to Gallant, the show features violin virtuoso Sean Kemp, the wonderful Acadian singer/instrumentalist Patricia Richard, his dynamic nephews Lawrence Gallant on vocals/percussion, Jeremy Gallant on vocals/piano, along with appearances from Mi’kmaw singer Hubert Francis. This dynamic, energetic production is music and storytelling at its best and has been a critically acclaimed hit of over 130 shows.

A recurring theme of the show is PEI’s role as the birthplace of Canada, making it not only a celebration of the Island, but of the nation as a whole. A number of songs and stories traverse the country taking the audience on a colorful descriptive road trip and a fantastical train ride.

‘Searching For Abegweit: The Island Songs & Stories’ will be performed on Thursday, September 21 at 7:00pm as the Kick-Off Concert at Festival Theatre.

The Grapevine (GV): You have a number of family members involved with Searching for Abegweit including your sister and two nephews. What is it like to work on a show and tour with family?
Lennie Gallant (LG): It’s very cool having my two nephews in the show. They are extremely talented musicians and while they take on a variety of roles in the show, it really is only scratching the surface of what they are capable of. Lawrence is a wonderful singer and plays several instruments. It’s been fun watching him get better and better on stage over the last four years. He was good at the start but now he has become so confident I think he’s ready for a show of his own.

Jeremy is a force to be reckoned with on piano. He is an excellent accompanist and his skill on the keys dazzles the audience each night. He has a strong background in classical music and while studying he actually represented both PEI and New Brunswick in the nationals. I feel very fortunate to have them in my band for this show. I think it means more to them than just another gig. They have put a lot into shaping the musical arrangements of the show along with Patricia and Sean.

Of course a huge part of the show is the multi media element provided mostly by use of my sister Karen’s paintings projected onto a huge 20ft screen behind the band. The images are constantly in motion as we use a Ken Burn’s style of moving within the painting to attract the viewer’s eye. It’s amazing how her paintings seem to wonderfully reflect the lyrics in the songs despite the fact that almost all works were done independently of each other. I’m a huge fan of Karen’s art work and own many of her paintings, but I always found it frustrating that she had a dedicated following who were buy her paintings before the public would have a chance to see them. Through this show however, it’s almost as if she has a gallery showing of hundreds of her paintings every night. A big part of the reason people return to see the show is because what is happening on stage and also on screen is a visual feast and when they return they see something new. In addition to having both our works featured in the show, Karen and I also released a book of 52 of her paintings matched up with 52 of my songs which has received great reviews and is now near the end of our second printing. Of course we’ll have copies of the book at the show.

GV: People have been returning to see Searching for Abegweit several times. What do you think it is about the show that resonates with audiences?
LG: It amazes me how I do hear of folks coming to see it over and over… some have come six and seven times, bringing friends and relatives with them. I never dreamed it would affect people this way and after hoping it would do well for one season, I can hardly believe we have just finished our fourth with over 130 shows. To me the production touches on a potpourri of things related to Island and East Coast culture. I was worried it might be too scattered, as you can only cover so much in a two hour show. However it seems to have resonated in ways I can’t explain and my concern about bouncing around a bit thematically seem to have been unfounded. We try to touch on some historical stuff, current issues, legends, tall tales, ghost stories, characters and have a sense of place about it all. The show is very high energy and has a lot of laughs through comedic recollections and stories.

In addition to my two nephews, I am fortunate to have two more of the top musicians on PEI in it as well. Multi instrumentalist Patricia Richard is well known in the Acadian world for her work both as a solo artist and especially with the mega hit musical Ode à l’Acadie. She brings a wonderful energy and presence to the show and the way her vocals blend with Lawrence’s, I feel like I sometimes have Alison Krauss’ band behind me. Sean Kemp has established a name for himself as one of the East Coast premier violinist/fiddlers and in addition to being my musical brother in arms for almost 14 years, he also has a classical music quintet called Atlantic String Machine that are becoming quite popular. Sean’s solos are often a show highlight as he makes his violin speak in ways that are quite unique.

GV: Searching for Abegweit has Acadian and Celtic influences. What is your connection to these cultures?
LG: My background is Acadian, and as Gallant is one of the two oldest names on PEI with any European history, I was able to, in many ways, look at historical elements of this part of the world from a family/personal perspective. Of course having Patricia in the band with her Acadian musical background is a huge plus for the show, and so there are some rockin’ numbers that I’m told gets people dancing in their seats. As so much of the Island and the East Coast has strong Celtic connections and Sean is of Celtic/Irish extraction, there is definitely a strong element of that in the production as well.

GV: There are also some Mi’kmaq elements woven into the performance. How does this connect to the collection of stories?
LG: The word Abegweit is the original Mi’kmaq name for Prince Edward Island. We talk a bit about Mi’kmaq culture and legend in the show and my friend, Mi’kmaq singer Hubert Francis, is a big part of the show on screen. His beautiful voice and words tie elements of the show together when we talk about how we all ended up here. Mi’kmaq legend says that the Great Spirit Glooscap painted Abegweit into existence with all the most beautiful colors of the world. In my show we kind of turn this legend around as my sister has taken all of the most beautiful colors of the Island and put them into her paintings which we present along with my songs and stories of this amazing place.

All Islanders know that our most famous ferry boat was named Abegweit and this ship plays a big role in how I received my first guitar, so of course I had to weave this story into the show.

GV: Is there anything about the Deep Roots Music Festival that you are particularly excited about?
LG: I love the town of Wolfville and visited regularly because it has such a wonderful artistic vibe about it. The great architecture, restaurants, shops, art and friendly people that exist in this place make it a fabulous venue for a music festival. I’ve played the Deep Roots Music Festival before and had a great time and I’m very much looking forward to having it be the first venue to host Searching For Abegweit outside of Prince Edward Island. 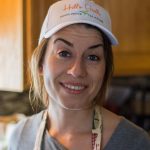 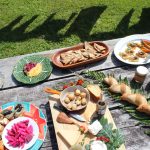