The Deep Roots Music Festival (September 26-29, 2019) is preparing for its 16th edition with a focus on the role that music plays in mental health and well-being.

On opening night, celebrated Maritime singer-songwriter Catherine MacLellan will set the tone with a screening of her National Film Board documentary The Song and the Sorrow, directed by Millefiore Clarkes, with a duo performance following. The film captures Catherine’s personal struggle to reconcile a family tragedy, confront the hurtful mystery of her absent father, Gene MacLellan, and embrace his musical legacy, as well as break the silence surrounding mental illness.

Elsie Morden is presenting an exclusive “Music and Well-Being” presentation in five Annapolis Valley schools. Elsie was recently the recipient of the Mental Health Foundation of Nova Scotia Outstanding Individual Award and hopes to continue to help and inspire as many people as possible with her message of empathy and empowerment. The Saturday morning harmony singing workshop and the Sunday morning food bank fundraiser Rise Up Singing concert both honour music as healing. On Saturday, music therapy graduates Sarah McInnis and Rebecca Fairless, joined by two current Acadia students from that program, will lead us in song and explain what benefits music and singing can bring. Sunday morning you can hear five songwriters tackle “Music as Medicine, Songs that Heal,” where there’s sure to be powerful moments and great insight from those who spend their time inside songs. Come sing along!

The Deep Roots main stage performers are predominately women this year. Music Nova Scotia’s 2018 Entertainer of the Year, Makayla Lynn will perform, along with Rachel Beck, featuring The Atlantic String Machine from PEI. Coco Love Alcorn, no stranger to the Deep Roots audience, returns with a brand-new
album, and Madison Violet, the world-travelling dynamic duo, will mark their first Deep Roots festival appearance.

Rising star and musical powerhouse, Reeny Smith will also join us in Wolfville for the first time. We are thrilled that Terra Spencer is returning, as well as Erin Costelo, this year’s Artist@Acadia, on the heels of her exceptional and highly praised new album, Sweet Marie. There will be a screening of the Amelia Curran directed documentary, Sweet Marie: In Studio with Erin Costelo on Friday afternoon at KC Irving Auditorium.

The uniquely talented singer-songwriter and instrumentalist Gabriel Minnikin, Icelandic-Canadian storyteller Lindy Vopnfjörð, and Scottish-born Canadian carpenter-turned-songwriter David Francey will also perform on
the Festival Theatre main stage. Melgita’t Women will offer a smudge ceremony and drumming, and open Friday night’s concert with their rendition of “The Honour Song of the Mi’kmaq.” The festival will also spotlight teenage sensation Emma Stevens, whose Mi’kmaq rendition of Paul McCartney’s “Blackbird” caught the legend’s attention this year. Also featured is established Mi’kmaq artist Alan Syliboy who will play multi-media sets at the Kings County Museum in Kentville, and Festival Theatre in Wolfville. In a Saturday afternoon workshop titled “Idle No More: Truth and Reconciliation,” Syliboy will do a live painting while Mika Francis and Emma Stevens sing and drum.

Deep Roots will present two late night parties at the Wolfville Farmers’ Market: The Deep Roots Hootenanny with The Sundries and The Hypochondriacs on Friday, and a full on Barn Burner Saturday with Reeny Smith and Carson Downey Band. These licensed parties start after the main stage shows and are only a short walk from the Festival Theatre.

If you like food with your music, on Thursday at the new Church Brewery Deep Roots will have performances by Annapolis Valley elder statesman Steve Lee and his trio, and a set by a fresh face on the Maritime jazz scene, Sam Wilson. The Festival will mark Sam’s last appearance before embarking on a Banff Centre residency.

On Saturday at 3:30pm, come for a picnic and concert with The Atlantic String Machine at the enchanting Tangled Garden in Grand Pré. Enjoy the Festival Tent on Saturday morning with your kids for some crafts. Prepare for The Fresh Beats Rhythm Parade (12pm) with hat, mask and instrument making, drumming, and dressing up with Wee Giant puppets followed by a puppet performance, “Magic on a String” by The Maritime Marionettes, and a family music show with Donna & Andy! There will be free music all morning at Wolfville Farmers’ Market and a special Washboard Workshop will take place there after the Market vendors leave, when The Vaudevillian will transport us to the 1930s along with 50 washboards.

A Festival Pass gets you in to all ticketed shows except the parties: one price for the main stage shows, afternoon collaborations, picnic and museum, as well as access to the Festival Club as ‘home base’ for the weekend. Passes are available for 3 or 4 days (includes the Thursday night film screening and concert). The main stage shows usually sell out, so be sure to get your tickets soon. Stay tuned for the full festival schedule and further details about the 2019 Deep Roots Music Festival. Tickets are available through deeprootsmusic.ca and at any TicketPro outlet. 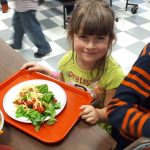