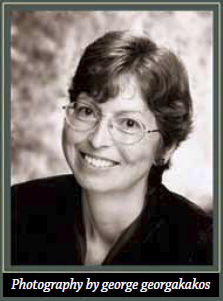 This will be a Who’s Who first: Heather Pineo Regan is the first interviewee I have never met! It’s amazing what technology can do when you need to interview someone thanks email! I am so thankful Heather was recommended to me for a Who’s Who profile –I hope this article gives Heather some exposure.

Heather was born and raised in Nova Scotia and began her formal musical training in Halifax at the age of nine. It was while studying piano at the Maritime Conservatory of Music that she first appeared as a soloist with the Atlantic Symphony Orchestra. Heather received scholarships and grants from the Nova Scotia Talent Trust and this enabled her to specialize in piano performance at Brandan University, where she won the Bachelor of Music gold medal in 1974, and at the University of Western Ontario
where she received her Master of Music Degree in 1977.

Heather has been an active teacher, accompanist and soloist, first in Ottawa and then in Kentville, where she was affiliated with Acadia University, CenteStage Theatre and the Kings County Honour Choir. And for the past 25 years Heather has been teaching private piano lessons, her studio is in Port Williams. Visit her website at www.heatherregan.ca for details on Heather’s career, lessons, etc. or email her with questions at contact@heatherregan.ca.

And you’re probably wondering where you can hear Heather play… well, Heather released her first CD entitled Claude Debussy: Piano Selections in 2000 and followed that with her second release Robert Schumann: Scenes of Childhood in 2002; both are worthy of a purchase. But wait, there’s more… On Sunday, November 21st at 2:00pm, Heather will be playing in the Garden Room of the K.C. Irving Environmental Science Centre at Acadia University. To help launch her third CD, Heather’s program will consist of music composed by Frederic Chopin in celebration of his 200th birthday… (WOW, I remember when Chopin was just a runny nosed kid on the playground!) Heather’s previous CD’s will be available before and after the show and I encourage you all to make an appearance. All you need to bring is a set of clean ears and a free will offering in support of the Canadian Federation of University Women (CFUW) where Heather serves as Vice-President. Trust me… her music will make you keep coming BACH for more!