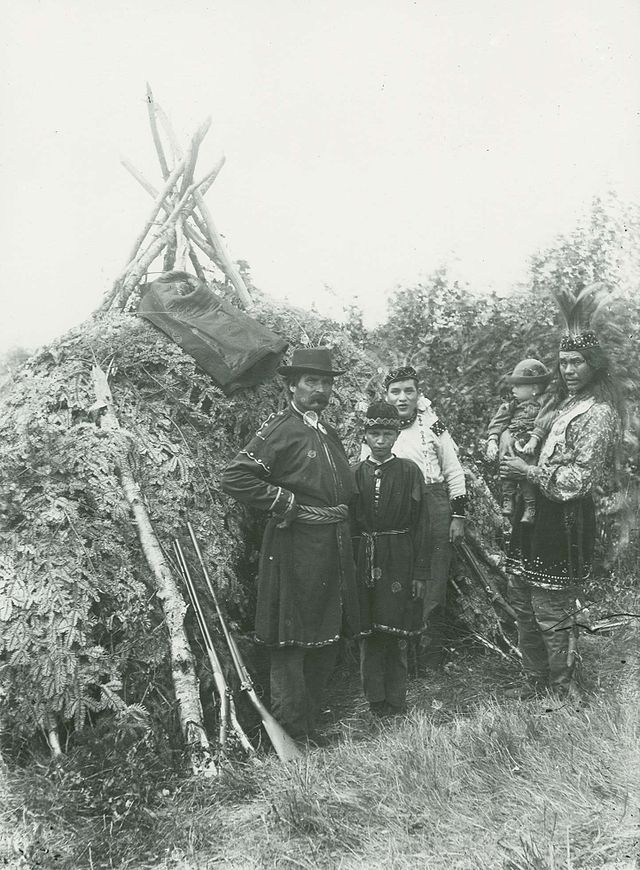 To many of us who call ourselves Canadian’s little thought is given to the history of our country prior to the arrival of a distant relative, immigrating from a distant land, sometime after the year 1600.  For those whose ancestors have lived on the same land for thousands of years, the perception of what Canada means to them, in a historical context, is a profoundly different experience… the celebrated years of settlement and westward expansion, romantic tales of pioneer adventure and discovery of ‘new lands’, is instead the story of invasion, slaughter, deceit, genocide, and the denial of the basic human rights to speak our language, practice our religious ceremonies and traditional customs of dress and celebration, and move freely across the land as a natural being taking from it what is needed and caring for it in return.

Forced instead to live on ‘reservations’ or else flee into the wilderness, those surviving 200 years of wars, disease, starvation, and relentless pursuit, were crammed by the hundreds onto parcels of poor land that were smaller than many family farms but provided neither food nor soil to grow it on.  Desperation had driven our ancestors to accept the terms of the solution to the ‘Indian Problem’ and become dependents of the same government that had sought to eradicate them.  The conditions of surrender and relocation included a complete ban on all traditional practices and language – all ‘benefits’ and ‘status’ were void if the individual moved off the reservation or married a non-native person.

The policy was designed to concentrate the remaining Native population, establish a dependency for basic needs, and finally to force assimilation into the ruling culture.  The policy was not entirely successful. From the beginning most of those who came to this land now called Canada, were good hearted and fell in love with the beauty of the land and its people –literally–  and alliances and marriages were common.  As is the case today, only a handful of people have any desire for war or power, and conquerors underestimate the resilience of the human spirit.  The result is that the spirit always wins.

As I began writing this, I was reminiscing about the things I had noticed during a weekend gathering at specially prepared grounds in the forest behind the Gold River Reserve in Nova Scotia. It was four days of sharing, eating, playing, praying, and learning what is mostly Mi’kmaw tradition, influenced by other tribes due to the close bonds between Native peoples in regions like the Dakotas, where traditions like the Sundance and ways of performing Sweat Lodge ceremonies have been adopted by many.

There is a completely different feeling being here. You eat when you are hungry (and there is plenty of food!) and you sleep when you are tired.  During the day children are playing barefoot exploring ponds and along the forest edge among the fragrant sweet ferns… where magical creatures whirring and chirping and hopping create excitement and squeals of delight.  Nearby wood is being chopped for the Sacred Fire and Sweat Lodge. Elders help with directing the work and give teachings of traditional ways, telling the old stories and singing songs that have been handed down for countless generations.  It is impossible to convey the look of joy, often with tears, that so many of our Elders have when they are practicing their ways and seeing how many people now understand and are learning them as well.

The tears are from mixed emotions.  Some are because the ceremonies and way of life itself is so beautiful and anyone is moved by it.  But for the Elders they know more than anyone how close we were to not only losing a way of life, but to becoming extinct as a people.  Only a few decades ago most of the things being practiced at this gathering would have been illegal. Many of the Elders were in ‘Residential Schools’ and rifts often developed among families because they were taught that their traditions were evil and the ways of their parents were wicked and backward.

The result was that many of the children turned their backs on their parents and their culture.  So there is an intense guilt many carry because loved ones died before relationships were healed, and a specific anger for those who carried out the abuses.

Both the guilt and the anger are giving way as an astonishing resurgence in the pride and participation of the Native peoples across Canada is taking place. And although there are still many challenges and considerable opposition, the rate at which our traditional practices, language, history (of Our people), and culture are being learned and adopted by the youth and many non-Natives is unexpected…  it was almost gone.

Only the strength of the people and their Faith allowed all these things to be rescued at the last minute, and the surprise is that it has accelerated so quickly in the opposite direction. For the Elders who are now carefully passing on sacred and closely-guarded knowledge there is a special urgency.  Life is short and many of those who possess the knowledge of the teachings are going home.  There are tears and then there are tears – those you can’t describe, shed in incredible joy to see what they never believed would happen.

There are miles to go, but the tide has turned and will continue to build as a once defeated group of Native Nations join with all Humanity in bringing in a new age of cooperation among individuals rather than rulers, guided by the natural instincts of decency, courtesy, and respect; a place of sharing and learning and growth as we continue on our journey toward a healed world respectful of the multitude of ways humans express their spirit and creativity. Nurturing and caring for those around us and ending war by not participating in it. End misunderstanding through sharing and learning about one another; not just as different cultures, but as individuals who are all equal in a very real sense and who not only share the land together but also share each others fate in whatever world we chose for our children.

This article from OPINIONS – The opinions found within these pages do not necessarily reflect the views and opinions of the Grapevine staff, our advertisers, or our other contributors. 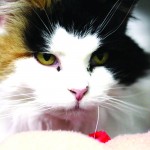