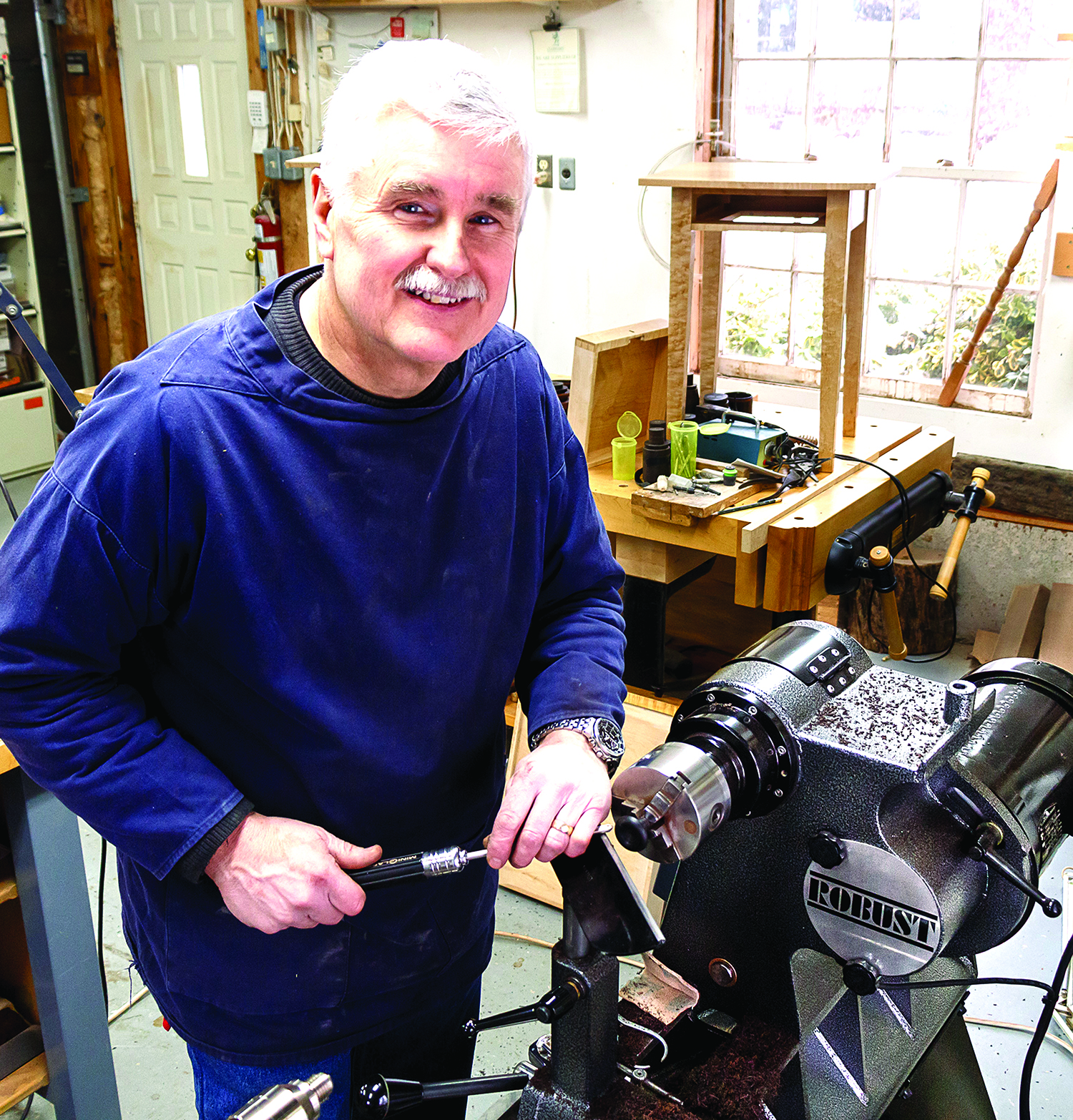 This Who’s Who was both a blast from the past and a very fortunate boost to the present for me. I have known Steven Kennard since about 1998 and it’s been a pleasure catching up with him. Steven and Ellie were two of my favourite customers when I used to work at Blockbuster Video in New Minas (a hundred years ago). I was an overweight, awkward teenager who was eager to excel at his first job and Steven and Ellie always made me feel intelligent and helpful. They always treated me with respect and maturity and that meant a great deal to me as a young retail worker. I think a lot of my customer service skills stemmed from having fantastic relationships with clients like Steven and Ellie and I thank them very much. Now… let me get down to business here. WOOD you like to meet Steven Kennard?

Steven was born in England, and grew up mostly on the East Coast of Suffolk. He excelled at woodwork at school and it soon became more than a hobby. Steve’s grandfather was a craftsman and Steve was lucky enough to inherit a lot of his talent and many of his original tools. Steve and his wife Ellie (a Canadian) made the big move to Canada in 1997. Things perked up when they met me shortly after this….

Steve is a master woodworker and a brilliant photographer. He is best known for his woodturning, which often comes in the form of small turned boxes. These are usually made of exotic woods and frequently feature surface embellishment such as carving, texturing, and the addition of other materials. Steve began his career restoring antiques in England, for which he needed turned pieces to replace broken or missing parts. This architectural turning inspired him to try more creative work and he made his first box in 1980. He loves the creative process which fuels the development of his ideas as they are translated into the materials he works with.

Steve just returned from the American Association of Woodturners symposium held in Phoenix where he was a demonstrator and he’s already been invited to be a featured presenter at their symposium next year (2015) in Pittsburgh, PA. Steve teaches one-on-one woodturning courses in his studio as well as workshops all over the US and Canada, including an annual workshop at Lee Valley, in Halifax. You all should try it… go on, TURN your life around! Steve’s work is exhibited in his own gallery and he’s been prominently featured in many books and publications.  Wood working has taken a TURN for the best!

Steve is also a professional photographer. And as if the man wasn’t talented enough, Steve says  “I play the button accordion and [played] professionally when I was much younger. I was briefly a postman when I was young (not for long as the early start interfered with my night music playing) and was also in the police force in England until I found that it involved a lot of classroom time, which I was not a fan of.”

On living and working in the area, Steve says “This area has been very supportive of my development as an artist and the Nova Scotia Designer Crafts council and the various Provincial (and Federal) arts organizations have encouraged me in my art.”

I sit here now, wondering how to close this profile on this very gifted and genuine individual who (with Ellie) helped me create the high standards I now use when helping customers at work. I guess I can use Steve’s own words. “My creative journey can only be shared once the person holds what I’ve created. I feel the connection through their reactions and it gives me enormous satisfaction and motivation.” Thank You Steve and Ellie! 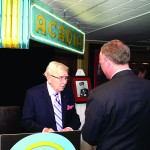