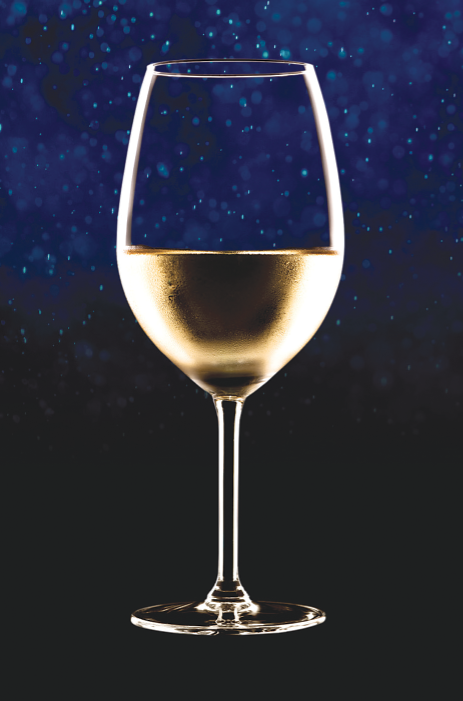 Top 10 Tips for an Icewine Lover

Not many people know this, but the benefits from drinking Icewine include glossy hair, increased endorphins, a good sense of humour, endurance, being 24% bullet proof, rhythm, power of persuasion, and an uncanny knack for foreign languages.

Or, at least, I always have a sneaky suspicion this is the case when I’m drinking it.

Note the one word and capital letter of Icewine.  This signifies it is a Canadian product and made to the very strict standards of the VQA (Vintners Quality Alliance).  Labelled in other countries, such as Austria or the USA, as Ice Wine; or in the original German home as Eiswein; the Canadian wine delicacy is made from frozen grapes harvested at night in temperatures between -8 and -14 to create an intense, mouth-quenching dessert wine.

What’s the method to this madness?
Water freezes before sugar and acid, so when frozen grapes are pressed, the concentrated sugar and acid drips out before the water.  It’s like wringing out the gold from a trophy and fermenting it. The grapes are often pressed outside to let Mother Nature guard the arctic temp so the water doesn’t start sneaking into your honey nectar. The juice you receive is roughly 15% of what you would take from a press of regular grapes, which, aside from the painful labour, can explain the golden price tag.

Savour the flavour
Expect a firework of flavours: mango, butterscotch, lemon zest, honey, figs, and green apple.  Many people assume the sweetness will take your mouth hostage in some sugar heist. But that cold climate electric acidity produces the perfect balance of sweet and sour. It’s tangtastic, drool inducing, lip smacking, and curls your tongue into origami.

1. Serve after dinner, well chilled. You only need fairy sips from a third of a normal glass of wine to experience true tongue-dancing happiness.

2. There’s no cooler way to show up to a party than being the one who brought Icewine and blue cheese. A tangy cheese will complement the Icewine sweetness like yin to yang.

3. Keep it in the door or your fridge and take a congratulatory swig every time you reach in to get your milk. The high sugar acts as a preservative which means Icewine will last as long as a jar of mayonnaise.

4. Add it to a bone-dry sparkling wine to create a honeyed richness.

5. Roast halved apples or pears in Icewine at a high temperature for 45 minutes. Serve when fruit is caramelised, top with crème fraiche, and drizzle with the pan juices.

6. Simmer some mushrooms in Icewine for half an hour then add a shot of espresso for a seriously delicious pasta sauce.

8. Drink it WITH your dessert. Ever tried to serve a whopping, chunky red wine with your dessert? Next to the sweet flavours in your pudding, a beautiful Barolo turns into vinegar. Then some caffeine-fiddler guest asks for a coffee, then everyone wants a coffee, then it’s getting late, thanks for everything… party over. The tangy sugar content of Icewine will stand up to your dessert and complement the flavours like lime to a gin and tonic. Then your party is just beginning.

9. Drink it on birthday mornings with strawberries. Flip, make it your family Crimbo tradition.

10. Prices of Icewine have rocketed in the last ten years due to the fame and success of Ontario and Niagara. Nova Scotia, being the new-kid-on-the-block, is producing award-winning Icewine at a portion of the price. Snap it up! Show it off! Drink it up!

What is it about Icewine?!

I was recently chatting with the manager of a winery I was visiting in Malta, and as soon as I mentioned I was from Canada, he asked “Did you bring some Icewine with you?”. The question took me by surprise. I mean, how do they know about Icewine in Malta??!! But of course! Canada is the leading producer of Icewine in the world – our “claim to fame” so to speak. So what makes it so sought-after?

Perhaps people understand the amount of energy and perseverance that goes into every bottle. Icewine is made from grapes that are frozen on the vine so unlike regular wine grapes that get harvested in October, the grapes used for Icewine don’t get harvested until late December or early January. That means grape growers have a tremendous struggle to protect those grapes from the pesky birds (it’s all-out war!) until the weather is cold enough to harvest them – usually between -8C and -12C. Then the harvest itself is an insane endeavor  – almost a winter sport created to test the participants’ mind and body, or at least their winter gear! The grapes are harvested during the night because the temperature remains stable so off the pickers go into that dark night all bundled up and donning headlamps prepared to pick until the first signs of dawn appear.  Yes, you’d have to be a crazy Canadian to do that!

Or perhaps Icewine really does measure up to its nickname Liquid Gold. The colour really is a rich golden hue. And to taste it, is to taste heaven in a glass. The taste buds are lovingly coated with flavours of tropical fruits, teased by a hint of honey, and left with a lingering peach and apricot kiss. Lusciously sweet but because our Nova Scotia grapes tend to be higher in acidity, this creates the perfect balance. Most Icewines are made from Vidal grapes but this last year Luckett Vineyards and Domaine de Grand Pre raised the bar and produced Riesling Icewines which were exquisite!

But perhaps you are one of those oddballs who don’t like sweet things. Such is the case with my uncle. After my stint in Malta, I flew to visit him in Italy and we discussed Icewine over dinner one night. “Much too sweet for my palate”, he said. “I just couldn’t drink it and had to pour it out”. After picking my jaw off the ground, I explained to him that you don’t need to enjoy it on its own and that it’s quite nice over vanilla gelato. “I wish I had known that!!! That sounds perfect!”, he exclaimed. Perhaps in the future he won’t be so hasty to dismiss the Liquid Gold!

Icewine is Canada. There’s nothing quite like it. Rich, complex yet understated. And it’s something we don’t have to apologize for! 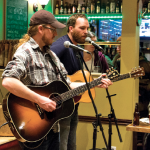 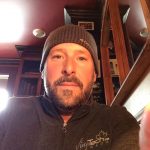