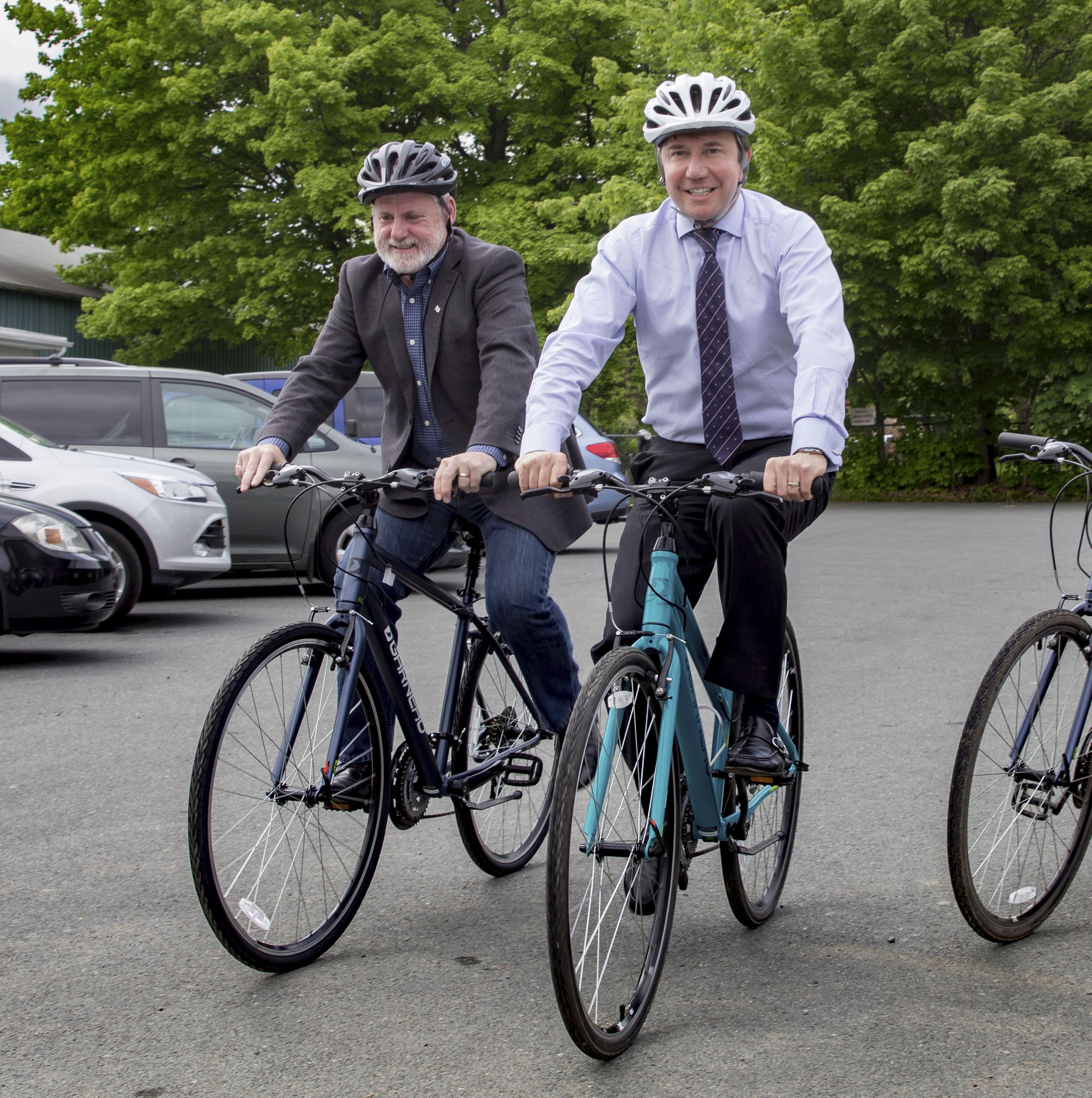 The Annapolis Valley has clearly entered the age of the bicycle. On June 3 at the Wolfville Farmers’ Market, Scott Brison announced the significant contribution of $799,500 from the Government of Canada to Bicycle Nova Scotia towards the Blue Route, a bicycle route network aiming to connect the province with 3000km of designated bicycle routes. The route will take visitors, and locals alike, along the coastline and through the interior of the province, clearly positioning and acknowledging cycling as an integral part of the Nova Scotia lifestyle and tourism industry.

According to Brison, “New visitors; active living; and healthier, connected communities are part of a Blue Route cycle that will pay big dividends. Biking enthusiasts, here at home and abroad, will have an unparalleled opportunity to explore Nova Scotia as never before, while helping to contribute to a cleaner environment.” There are currently two open routes along the Blue Route: East Mountain to Pictou, and Masstown to Wallace. Along with the contribution from the Government of Canada, and substantial funding from the Province of Nova Scotia, significant in-kind contributions have been made by trail associations throughout the province, as well as by the towns and municipalities along the proposed routes.

In fact, towns and communities across the Annapolis Valley are taking part in the bicycle buzz. Businesses, programs, and services relating to the sport are popping up throughout the Valley. Kentville Recreation has recently launched Women on Wheels, a beginner bike-riding program for women to gather for fun, fitness, and friendship. Participants meet at the Kentville Recreation Centre every Monday evening at 6pm and the program will run until mid-October. The importance of having access to the necessary gear has not been lost on the local community either. The Recycle Your Bicycle Program is aimed at distributing renovated bicycles to families and community members on a per need basis. Drop off your unused (but still repairable and/or ridable) bikes at the Fundy YMCA (1043 Hwy 1, Cornwallis), Kentville Recreation (354 Main St., Kentville), or West Hants Recreation (76 Morison Dr., Windsor).

Once you get a taste for biking, there is no telling how far you’ll take it. Bicycle Nova Scotia recently projected that there will be twenty-eight competitive cycling events in Nova Scotia during 2016. On July 2, the Race the Reservoir Mountain Bike event, sponsored by TrailFlow Outdoor Adventures, saw nearly 100 people participating. According to co-owner Michelle Marcinkiewicz, “This was the third year for Race the Reservoir (which is) the third in this year’s Bicycle Nova Scotia cross-country mountain bike race series. We had over 90 racers attend from all over the province and over 60 spectators — more than ever before. Conditions were extremely dry and dusty. Participants loved the new course this year which is more open and flowy than previous years. TrailFlow looks forward to hosting the event again next year!” Looking towards 2017, the Town of Kentville and TrailFlow have already jointly applied to host a Canada Cup event, which would be the first one in Nova Scotia in over fifteen years.

And even if you’re not interested in the competitive side of things or the long-haul treks, there is still an aspect of bicycling for everyone to enjoy. Throughout the Annapolis Valley the abandoned rail lines are being developed into a multi-use trail system; the connection between Wolfville and Kentville in particular is now groomed for cyclists. The route is a perfect way to enjoy a scenic trip and is popular among locals and tourists alike. “We love biking the new trail behind town” says Wolfville resident Sarah Anderson. “We go to the splash pad in New Minas and to Stirlings for tacos! Hannah is on the front of the bike. She loves it. We don’t mind biking the road but the trail is quieter and makes for better dog spotting – which is becoming a sport in our family.”

All in all, it appears as though bicycling in the Valley has never been better! 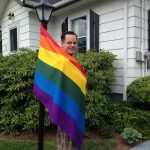 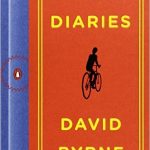