Perseverance At The Box Of Delights Bookshop
By Benjamin Bush Anderson

As thousands of students drag their heels back through school halls, we prepare for the inevitable wave of young folk flocking our shelves for the books being forced upon them. Pluck up, dear despondent scholar, for our books don’t bite and only long ago possessed bark. One such a book that may be assigned to such a student is Hemingway’s The Old Man and the Sea. Now a classroom staple, the Pulitzer Prize winning novella was first published in Life Magazine on September 1, 1952. For all you students looking to make your grade without reading the book, we’ll give you a hint on the theme: honour in struggle, diligence, and even defeat. Take notes.

On a domestic note, we are delighted to host local artist Sarah Foote for a sidewalk signing of her new colouring book 100 Gryphons. Stop by after the market on Saturday, August 27 for the opportunity to meet with Sarah and discuss her book which, as stated on the back cover, is “an art book, a colouring book, a story of perseverance”. The reader is challenged to ink at least one gryphon per day for a 100 days, with the hope that in that time they will find trends, changes, and improvements in their work.

September events kick off at the shop with a literary double-header: on September 8, Alice Burdick and Darren Greer will be reading from their new works, Book of Short Sentences and Advocate, respectively. Both Nova Scotia-based authors have created works that are thoroughly steeped in the salt air of the East Coast. Burdick’s poems bend and beguile with an athletic pace and wry logic. With an appetite for the surreal, Burdick invites the reader onto her observation deck, from which she takes in everything – from family life to existential perplexity. Greer’s Advocate is his fourth in a string of award-winning novels, including 2014’s Just Beneath My Skin, which won the 2015 Thomas Raddall Atlantic Fiction Award. In his latest novel, a man returns to his hometown of Advocate, Nova Scotia, at the wishes of his dying estranged grandmother. He relives the events of his childhood in the early 80s – a time when the tiny community, fuelled by the hysteria over a then-unknown virus, turned on one of its own. The story reveals both the evils brought on by fear and ignorance, and the strength and dignity of those who would endure.

This double book-launch will run from 6pm to 9pm here at the bookshop. We hope to see you there! For more information, visit boxofdelightsbooks.com/events. 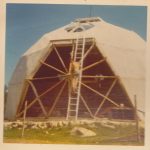 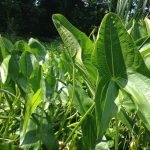