Active and Healthy Living: When You Meet the Beatles – Be Cool
Lee-Ann Cudmore

Yesterday we met the Beatles. Not the actual, legendary group, but our own personal version of the Beatles. Most people have that one band – a band that has become the soundtrack to life – for us it is Wintersleep. Memories come back when I hear their albums; my little boy twirling around in the basement singing their songs, a winter spent painting by the fire, my husband playing guitar. As new parents when we were trapped in the house weekend after weekend, we would grab a couple of beers and watch their concerts in the basement on YouTube. They have been our caffeine at times when there was nothing left in the tank, and they have bought us one more hour of sanity, tunes cranked, keeping everyone happy on long road trips.

The problem is the Beatles are supposed to be like the Yeti or Loch Ness – maybe out there wandering around but not accessible, and maybe not even real. It has always been a point of contention, because our six degrees of separation with Wintersleep is really only one degree. You must know what I am talking about – the theory that any two people in the world “can be connected to any other person on the planet through a chain of acquaintances that has no more than five intermediaries”. Both my sisters are friends with guys in the band. We are too closely connected to this band to be completely geeking out about seeing them. After all, I hear that they are just normal dudes who grew up in Nova Scotia and who’ve “made it”. Our Beatles are just normal down to earth Maritimers. When you meet the Beatles – be cool. Impossible.

We arrive at the TD Jazz and Blues festival in Charlottetown. I am wearing my “rocker outfit”: jeans, Blundstone boots, black leather jacket. Parker is wearing jeans, a faux flannel button-up work shirt, and his running sneakers. I say nothing about the white and bright yellow-laced runners that he is wearing as we leave the house, because I am trying not to micromanage his style and sometimes he wears his orthotics in them. We are much closer to 40 now than 20; giddy, sober adults among the hipsters and the rockers of PEI. We pay $6 each for cans of Alpine. The opening band, Andrew Waite and the Firm, play a great show. The crowd was polite but quiet. Wintersleep takes the stage and we go straight to the front. We can see everything and everyone on stage. Everything they play, the crowd goes wild for. They treat us to music from all six albums. As people maneuver through the crowd to the front, you can see the excitement on their faces and there is shoulder-patting, high-fives, and loads of smiles as people get to see their favourite band playing live. It was a great atmosphere and there is nothing like being in a crowd listening to live music. Music can bring people together; it can unite and inspire. It can be a catalyst for change. It can be a form of self-care or self-expression. It can be an outlet for stress. It teaches you that you are not alone.

Today, in preparation for our son’s seventh birthday, he picked out his first guitar – a junior-sized acoustic. He wanted one that “looked just like Daddy’s”. They played their matching guitars in the living room at the cottage for the first time, a boy and his Dad.

To the musicians out there, thank you for your gift. Whether you are a normal dude (ette) or a Yeti, somewhere out there, you are helping someone. It may be just your proud Mama, a handful of local fans, or maybe your gift will reach millions and span generations. Keep at it. Even if the music is just for you, keep playing. And fans, get out there. Buy the music, catch a show, buy the merchandise. Support your kids who want to play drums in the basement. Get back to listening to the music that made you feel alive.

Wintersleep: guys thank you! Thank you for pushing through, touring, and creating. Thank you for the sacrifice it takes to be a musician. The things and people that you miss and the gruelling schedule are things we fans sometimes forget about. Thank you for inspiring little ones to rock out, and old ones to pick up a guitar again. Your music does more for people than you will ever know. Thanks for chatting after the show.

When you meet the Beatles – be cool. Impossible. 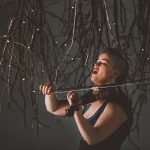 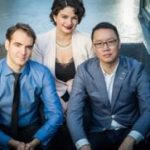