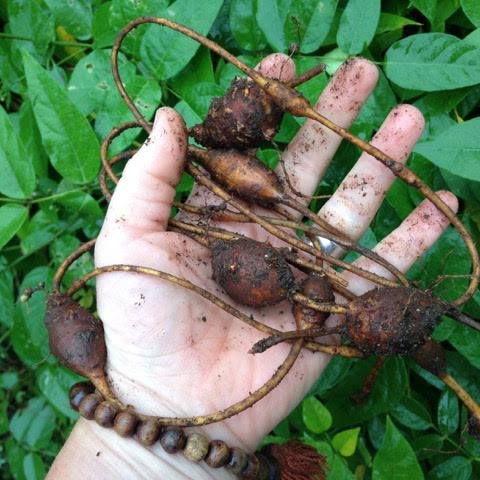 Articles Read
Genevieve Allen Hearn
October 6, 2016October 6, 2016
What’s growing at the Harriet Irving Botanical Gardens – Groundnut
Melanie Priesnitz
“I dug some groundnuts with my hands in the railroad sand bank, just at the bottom of the high embankment on the edge of the meadow. These were nearly as large as hen’s eggs. I had them roasted and boiled at supper time. The skins came off readily, like a potato’s. Roasted they had an agreeable taste, very much like a common potato, though they were somewhat fibrous in texture. With my eyes shut I should not have known but I was eating a somewhat soggy potato. Boiled they were unexpectedly quite dry, and though in this instance a little strong, had a more nutty flavour. With a little salt a hungry man could make a very palatable meal on them.”
-Henry David Thoreau, October 12, 1852.
If only Thoreau had fried his groundnut with a little butter, salt, thyme, and lemon he would have had kinder words to say about this edible tuber. The native vine, groundnut (Apios americana) is a delicious and nutritious wild edible that was once a staple food for indigenous peoples in North America.
Groundnut is also commonly called wild bean, which is more accurate as it is not a nut at all but a legume. Looking at the showy pink flower of Apios americana you can see that it is clearly a member of the pea family. The ‘nuts’ are in fact small underground tubers that grow in strings along the roots.  They can range in size from a peanut to a potato. Groundnut plants are nitrogen fixers so they can be great for companion planting as long as they aren’t allowed to grow too wild as the vine can be aggressive.
Groundnut roots can be prepared in a similar fashion to potatoes and should not be eaten raw. They are best harvested after a frost or two when the sugars become more prevalent and the nutty flavour richer. Groundnut roots have 17% protein content which is three times higher than potatoes. The tubers can be dried and ground into a powder that is good for thickening soups and making bread.
Apios americana is native to the Acadian Forest Region and can be found in Nova Scotia growing on river banks and in moist thickets. If you haven’t seen it before, you can find it growing at the Harriet Irving Botanical Gardens along the stream. Before eating anything from the wild, be sure you have your plant identification correct!
Harriet Irving Botanical Gardens
Acadia University
botanicalgardens.acadiau.ca 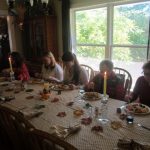 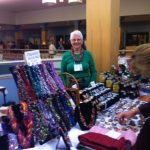