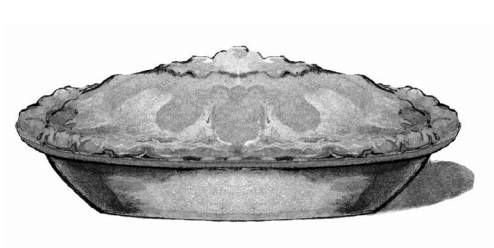 Articles Dome Chronicles Read
Genevieve Allen Hearn
November 3, 2016
In 1972, a boxcar from Toronto containing a menagerie of farm animals and an eager young couple pulled into the station platform in Kingston, Nova Scotia. They were bound for a deserted hundred-acre farm on the South Mountain, determined to preserve the foundations of farmsteads past while constructing a geodesic dome. They were pioneers of the future, armed with respect for tradition and an irrepressible sense of humour. They didn’t call themselves farmers. They were back-to-the-landers. Farming was industry and their calling was sustainability. Over the next forty years, through flood and fire, triumph and catastrophe, they persevered, unwittingly sowing the seeds for the modern small-farm movement.
The Dome Chronicles: The Last Pie Auction
“I’m so proud of you youngsters. It’s so nice that you kids aren’t like those dirty, long-haired kids down in the Valley.” Daisy Ward, high school teacher, 4H coordinator, and self-appointed matriarch of the community was giving the opening speech to a mixed crowd at Harmony’s annual pie auction. When she looked up from her notes and spied me standing near the back of the hall fumbling with my lengthy locks she made a quick recovery by saying, “Of course long hair is all right as long as you keep it clean.” She had to be nice to me because I had been recruited to be the auctioneer for the night.
Andrea and I were “Come From Aways” but fitting in at our new home on the South Mountain became a lot easier when our neighbours discovered that I had acquired some basic auctioneering skills. Pie auctions were a North American phenomenon that once served an important role in the community. In addition to the entertainment they provided, they were a venue for Cupid to ply his bow. Local women and girls would bake pies, and sometimes cakes and other goodies, and men and boys would come to the auctions to bid on them. The males who were top bidders would then get the privilege of sharing the pie they purchased with the females who had baked them. In days gone by, many a romantic connection was initiated over a rough pine trestle table at the conclusion of an auction.
But by the time I first took up the gavel at one of these soirees their popularity had already started to wane. They were still entertaining and a good excuse for neighbours to get together and fund-raise but very little in the way of matchmaking was happening. Too many other opportunities for people to meet and mate were now available. Teenagers were being bussed into huge consolidated schools where there were ample opportunities to meet and form relationships. Clubs and bars were proving to be a more gratifying option for the older crowd.
At the auctions, the format was always the same. While Daisy was delivering her speech, the ladies who were in charge of the hall busied themselves receiving and displaying the confections.  And what a display it was: beautifully crafted pies, cakes, and squares of all descriptions – lemon, cherry, apple, butterscotch, coconut, chocolate, raisin, banana cream – and all topped with either intricately carved crusts or towering meringues.
Andrea had not made pies for the first few auctions that I officiated at and they had become conspicuous by their absence. Her culinary skills had not yet developed to their current excellence, and she was hesitant because she knew she would be competing with some of the best bakers on the mountain. With that in mind, we decided to make a grand gesture to stave off the criticism that was building. At the next auction I proudly presented a huge meat pie crusted and encased in a big pot. I explained, before I started auctioning it, that it was a rabbit pie that Andrea had made from a recipe her Quebec grandmother had given her. As I had expected, the audience looked stunned and I could tell that Daisy was on the verge of calling fowl and disallowing Andrea’s offering.
Ignoring her scowls, I chanted away for a while but nobody was bidding. In fact, they were beginning to look hostile. “C’mon, folks, this is a very fresh pie” I pleaded as I leaned over to tap the crust on top of the pot affectionately. The moment seemed right, so I thrust my hand all the way through the pastry and with a flourish pulled out Andrea’s pet white rabbit, very alive and kicking!  Consternation turned to laughter and we had made another step toward assimilation and acceptance. 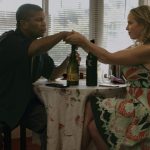 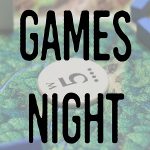