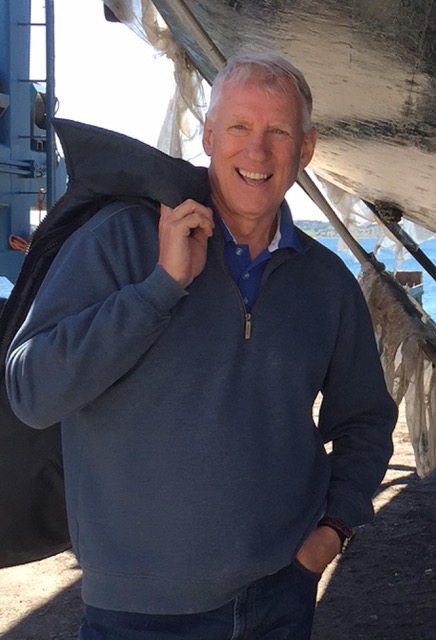 0
Who’s Who: Allan Billard, Nova Scotia Proud
By Mike Butler
Welcome to 2017! Here’s to another wonderful year of adventures and fun. 2016 was an exciting year for me as a “journalist” getting to meet and write about some amazing people who live here in the Valley and beyond. I’m looking forward to what 2017 brings my way including those community-minded folks who end up in this column.
Allan Billard’s name came my way late in 2016 for a profile but I decided to hang onto it until the New Year as a way to kick off the 2017 crop of Who’s Whos! This is a pretty interesting individual… Enjoy!
Allan Billard has always called Dartmouth his home. His parents were from there, he went to the local schools there, he eventually took fisheries biology at Dalhousie University, and then brought up his own family near where he grew up. When he retired, he started volunteering for the Trans Canada Trail Foundation. As Allan was scouting for a trail corridor along the shoreline near Fall River he asked the owner if he would mind if a trail crossed his land. The man replied that he was trying to sell the property; so Allan bought it, built a home overlooking Lake Thomas, and extended the trail. He has been in Fall River for seven years now and loves every aspect of it.
Allan has a very special appreciation for Nova Scotia that he’s turned into informative literature for the world. Allan states, “When I retired from various jobs in the fishing industry, and even as a full-time volunteer, there was lots of time to do new things so I started to write about the natural history of Nova Scotia, particularly water-related subjects. It all started with a trail guide to 36 beautiful waterfall sites in the province, then a coffee table book about our splendid beaches, followed by a pictorial of our lighthouse heritage. Now I have been asked to do an illustrated book on the tall ships, which are coming to Halifax and several small ports in the province this summer. I think the best part of these writing assignments is the chance to tell our own stories… adding a bit of ‘shameless self-promotion’ for Nova Scotia!” I encourage you to pick up Allan’s books and pass them along to an out-of-province friend or relative so they can learn a bit about our history.
Like Allan’s parents before him and both of his children, Allan is a very active canoeist and volunteer kayak official. When the Banook Canoe Club turned 100, Allan wrote the book about its history, which included three generations of his own family. Allan stills spends many summer days paddling along Shubenacadie waterways, either on the lakes in metro, or on parts of the river all the way down to the Bay of Fundy. Allan was the founding chairman of the annual Canoe to the Sea event, which has been held on the Shubenacadie Canal for 27 years and will be even larger next year. In 2011, he co-authored a book about this historic canal too. The list of accomplishments, as you see, is quite lengthy for Allan, and his love of this province and its history is evident.
On his most recent writing endeavour Allan said, “*Lighthouses of Nova Scotia* started out as a pictorial because the sites themselves are so attractive. When I was doing the research, however, I discovered that the local community efforts to save many of these treasures were even more interesting. Volunteers have turned many of the retired lighthouses into B&Bs, museums, restaurants, tourist information centres, and so on. Acadia University even maintains an outdoor ecology lab at one, and owns the shoreline at another. I really liked telling these success stories and I hope the readers are inspired to help in any way they can to preserve these very special sites.”
Allan knows and believes, like most of us do, that this is a very bountiful province with so much natural and human history. Our forests, rivers, and shorelines are still incredibly beautiful. Nova Scotia is poised to become a world-renowned destination for so many reasons. We have the people to make this happen as well. So many talented folks grow the crops, catch the fish, and produce market goods from what they find here, and it is very satisfying to know that the entrepreneurial spirit is still alive. We have a history of builders and a future for our children, which they can build using the many resources we have at hand. Allan is a pillar of Nova Scotia pride!
What does the future hold for Mr. Billard? “Well”, he says, “there are still a few stories which need to be written. The ocean resources on our doorstep are second to none on this planet. We need a better understanding of the full offshore dynamics, including temperature change and fish migration and I’d like to explore that.” For now, we can enjoy what Allan has created, and look forward to what’s coming! I’ve lived in Nova Scotia for 37 years and I certainly do not have a grasp on its history or what its future holds, so I thank Allan for his incredible efforts to preserve history, enrich our knowledge, and motivate us to keep active. What can you do?
Have a Happy New Year!