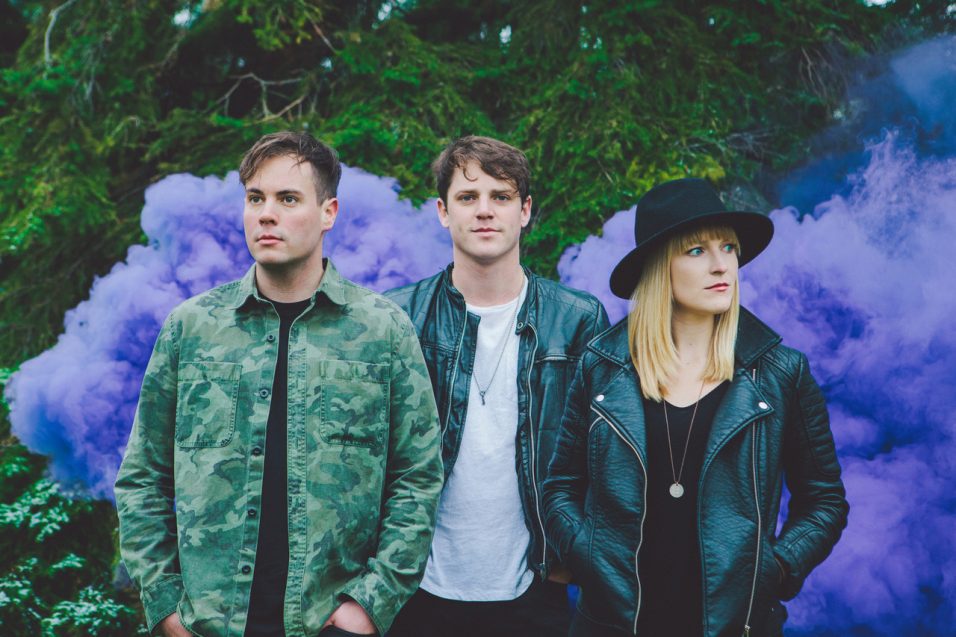 0
The Grapevine Questionnaire: Port Cities
By Susan Wedlock
Port Cities is an exciting new east coast group blending the talents of Dylan Guthro, Breagh MacKinnon, and Carleton Stone. All three hail from Cape Breton. Breagh is a trained jazz musician, and Carleton and Dylan (yes, son of Bruce Guthro) have their own solo careers. Together they create something dynamic and unique. Port Cities  is playing at the Evergreen Theatre on April 15 at 8pm. For tickets visit: evergreentheatre.ca
Susan Wedlock (SW): Breagh, tell me a bit about your mentor and producer Gordie Sampson?
Breagh: Growing up in Cape Breton, I was a huge fan of Gordie’s music and songwriting. As a young musician, it was definitely inspiring to see someone from Cape Breton win a Grammy and succeed as a songwriter on that level. He was such an important musical influence on the three of us, that when we were brainstorming producers, he was an obvious choice. We all met and started collaborating at the Gordie Sampson Songcamp five years ago. He has been able to see the progression of the band right from the start, which I think gave him an interesting insight into where we all come from musically, and allowed him to bring out the best in us and our songs.
SW: Dylan, can you tell me a bit about what the group is working on right now, any special projects?
Dylan: Most of our work as of late has been touring. We’ve been taking nearly every opportunity possible to get out in front of people now that we have a CD to bring along with us. All of us are always saving little song ideas, or “nugs” as we call them – I’m excited to book some time to get together and start creating what the next project will sound like.
SW: Carleton, Port Cities recently spent some time in Trinidad. Can you tell me about that?
Carleton: Trinidad was an amazing experience. We went there as a part of “Club One New Releases” and got to collaborate with a Trinidadian band ‘5 Miles To Midnight‘. It was great to experience the Caribbean music and culture firsthand.
SW: Breagh, what do you like to do when you are not doing something related to music?
Breagh: When I’m not doing something music-related, I love spending time outdoors, there are so many good places to hike around Nova Scotia. Whenever I have time off in the summer, swimming in the ocean is at the top of my list.
SW: Dylan, which part of being a musician do you enjoy the most?
Dylan: I think my favourite part about being a musician is that it’s a never-ending path of learning and discovering. There’s always more to figure out, there’s always another song I haven’t heard that’s gonna blow my mind, there’s always an idea or sound that will fall into my lap when I least expect it. It’s like chasing something you want so bad but you’re not really sure what you’re looking for until you find it.
SW: Breagh, which part do you enjoy the least?
Breagh: We have been spending a lot of time in the van which isn’t my favourite thing in the world, but on the bright side I have discovered a ton of new and addictive podcasts (Podcasts help).
SW: Carleton, if you could have 2 wishes, where would you perform and who would you collaborate with?
Carleton: I would love to write a song with Dan Wilson, and always thought it would be a huge rush to perform at the Super Bowl.
SW: Dylan, do you ever get stage fright and how do you deal with it?
Dylan: I very rarely get stage fright. The odd time it happens, I find it soothing to go over the set list and let it soak in so I’m comfortable about where I might speak to the audience, change guitars, start a song, etc.
SW: Carleton, how do you deal with unfavourable reviews?
Carleton: I used to be more sensitive to negative reviews when I was younger, but had to quickly realize that music is so personal and subjective. There’s always going to be people who are fans of what you do, and other people who aren’t; we try to focus on the people who are.
SW: Breagh, who should we have a listen to?
Breagh: Lief Vollebeck.
SW: Carleton?
Carleton: Country music.