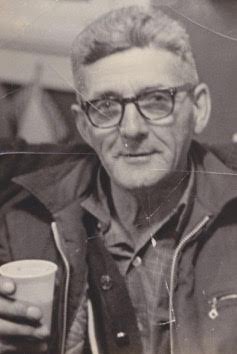 0
The Dome Chronicles: DIY
By Garry Leeson
In 1972, a boxcar from Toronto containing a menagerie of farm animals and an eager young couple pulled into the station platform in Kingston, Nova Scotia. They were bound for a deserted hundred-acre farm on the South Mountain, determined to preserve the foundations of farmsteads past while constructing a geodesic dome. They were pioneers of the future, armed with respect for tradition and an irrepressible sense of humour. They didn’t call themselves farmers. They were back-to-the-landers. Farming was industry and their calling was sustainability. Over the next forty years, through flood and fire, triumph and catastrophe, they persevered, unwittingly sowing the seeds for the modern small-farm movement.
Andrea and I were taking time off from building our dome to make an obligatory visit to her parents’ summer home north of Montreal. A cocktail party, my least favourite thing, was in full swing and Andrea was doing the rounds making small talk. I, however, was hunkered by a wall, nursing a drink, feeling out of place and avoiding eye contact lest I be drawn into performing the required pleasantries.
A conversation started close to me and I overheard a woman say, “We tried and tried but we couldn’t find a house that suited us so we’ve decided to build our own.” I made a quick assessment of her and husband and found myself wanting to interrupt and say, “That sounds great. Which of you, you or your banker husband, is the carpenter?” Nothing irks me more, especially when I’m nursing a pair of blistered hands, than to hear someone say they are going to build. My Dad would have looked at the couple and said, “They couldn’t build a button for an outhouse door.”
What they ought to have said was that they had hired a surveyor, an architect, a project manager, and a host of trades people to cater to their every whim.
Unlike real do-it-yourselfers, they will never feel the incredible primal satisfaction of creating their own shelter.
Canada was once a nation of true do-it-yourselfers. Our ancestors had to be. Many of us came from immigrants who were shuffled off crowded ships and sent out into the woods or onto the prairies with little more than a gun and an axe. Until the 1940’s we were primarily a nation of farmers who, with the help of neighbours, built their own houses and barns and had the skills to tackle almost anything required of them. It was an issue of economics: no one, aside from the landed gentry, could afford to hire specialized tradesmen. After WW2 people began forsaking the land for the seemingly easier life in the big cities and things began to change. The people who picked up their lunch boxes and headed for the assembly lines slowly ceased to be self-reliant. Only a few subsequent generations retained the talent and resources to build their own homes and maintain them. Even if they had chosen to emulate their ancestors, the prime urban locations were too expensive and the 9-5 drudgery left little time for building projects. The stories of immigrant masons who smuggled a few bricks home daily until they had enough to build their own home were myths.
My father was the last of a breed, the jack of all trades, the quintessential handyman: farmer, blacksmith, auto mechanic, carpenter, bricklayer, plumber, electrician – you name it, he could do it. Too my shame, only a minimal of what he was capable rubbed off on me. In 1972 when Andrea and I followed Trudeau’s call for young Canadians to go back to the land, my Dad was still alive and I tried to garner as much of his wisdom as I could. Unfortunately he wasn’t with us for very long and we were on our own.
Remembering that long ago conversation at the cocktail party in Quebec, I have had some second thoughts about the assumptions and judgments I was making. I was close to dislocating a shoulder patting myself on the back for my few accomplishments and discounting theirs. For all I know that woman back in Quebec might have evolved into an interior decorator and landscaper and her husband, when he could tear himself away from his ledgers, might have a full cabinet making shop in the basement of their mansion. I see so many young people these days filling their spare time with useful DIY projects and I am heartened, having the greatest respect for those who have chosen to use their own hands. The recent response of almost everybody to the DIY marketing ploys of the building supply and hardware companies are proof positive that a very human instinct still lurks close to the surface in all us.
Almost anyone can, with determination, do it him or herself. If Andrea and I have managed to keep a roof over our heads, anybody can! 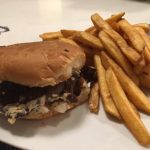 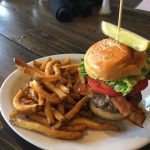