0
The Dome Chronicles: A Dark Secret Unearthed
By Garry Leeson
In 1972, a boxcar from Toronto containing a menagerie of farm animals and an eager young couple pulled into the station platform in Kingston, Nova Scotia. They were bound for a deserted hundred-acre farm on the South Mountain, determined to preserve the foundations of farmsteads past while constructing a geodesic dome. They were pioneers of the future, armed with respect for tradition and an irrepressible sense of humour. They didn’t call themselves farmers. They were back-to-the-landers. Farming was industry and their calling was sustainability. Over the next forty years, through flood and fire, triumph and catastrophe, they persevered, unwittingly sowing the seeds for the modern small-farm movement.
Maritimers are known for their ingenuity and resourcefulness so I shouldn’t have been surprised by the information that a local tradesman, who was in the know, shared with me. The sensitive nature of the subject probably accounts for the reason why it had remained such a well-kept secret for so many years.
In 1973 I was busy building a special cement septic tank that I was adapting to collect methane gas to use in our dome. The back-to-the-land community was all abuzz with the Gobar* gas initiative.
I had asked Bill Smith, a local man who operated the pumper truck that was known affectionately as the Honey Wagon, to have a look at what I was doing and proffer any advice he might have. He was obliging but, as we conversed, he seemed somewhat distracted and uneasy; not his usual chatty self. When I asked what was bothering him he launched into a lengthy preamble. He explained that many years ago when rural electrification was reaching most remote areas of the province, and indoor plumbing was leading to the demise of the outhouse, an unusual trend started. After the installation of simple flush toilets, those that could, simply directed their sewage drainage pipes toward a handy creek or river. For those homesteads located on flat dry land away from natural drainage the only option was to install a cesspool. Quite often an old, dry, disused well that was located a sufficient distance from the current source of clean water served the purpose nicely. The ideal solution for those spots would have been to install a proper septic tank and a weeping bed but that was an expensive proposition so a less costly option became popular.
Bill was hesitant to continue with the story but pressed on. I had caught him at a weak moment. He had just endured what he characterized as the worst nightmare a man in his line of business might encounter and was anxious to vent his anxiety. “Do you know that as a cost-saving measure hundreds of households in the area do not have conventional septic tanks installed?” he asked. I did not, so he proffered a further question, “Do you know what people have been using instead of regular septic tanks?” Seeing I was still baffled, he continued. “Cars!” he blurted, “They use old cars as septic tanks. They bury them in the ground behind their houses.”
“I presume they close the windows before they intern them.” I quipped.
He was not amused but continued, “A lot of careful thinking went into deciding what kind of car to use. A single-person household might only require a vehicle the size of a derelict Volkswagen Bug or an Austin Mini, a two person situation probably would opt for a two door coupe, while a large family would require a good sized four door sedan or even a small delivery van. It doesn’t matter to me. I charge them all the same.”
“So what’s the problem?” I asked, “What’s got you so upset?”
“I don’t care what the hell they use for septic tanks,” he moaned. “They’re out of sight and none of my business. I just plug my big hose in and slurp them out then go about my business. But it just isn’t right. God knows I always try to be fair with everybody. I always charge a standard fee per visit. They’re always slightly different. Legal tanks are a specific volume but others vary and I don’t show favourites.”
I still didn’t get it. “What’s got your knickers in a knot?”
“It’s that old man England up on the mountain. He only calls me about every five years or so. He expects to pay the standard rate but I’ve already made three separate trips up to his place today.”
“How so?” I inquired.
Nearly moved to tears he replied, “That old skin flint has a school bus buried up there!”
*Gobar Biogas typically refers to a mixture of different gases produced by the breakdown of organic matter in the absence of oxygen. Biogas can be produced from raw materials such as agricultural waste, manure, municipal waste, plant material, sewage, green waste, or food waste. 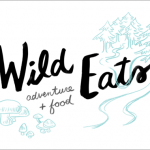