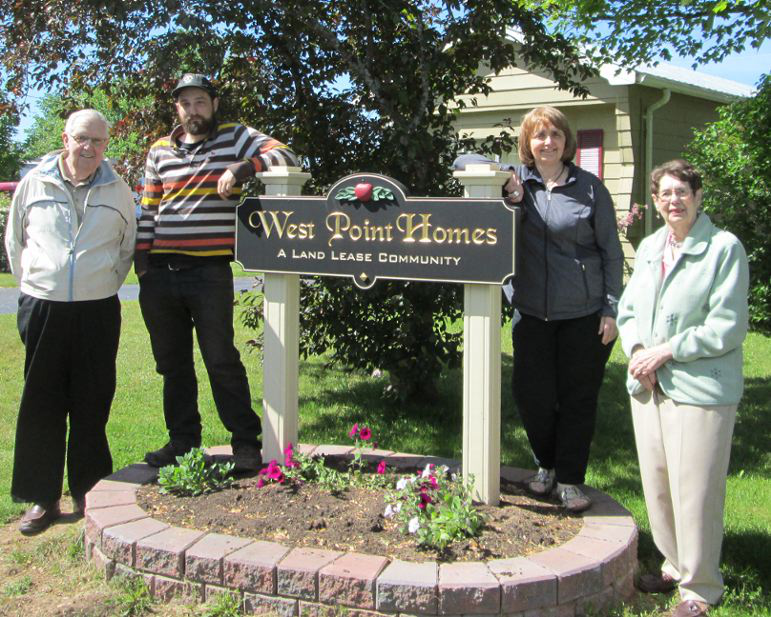 Mary Jo and I had lived in rental apartments in Halifax for many years, but by 2003 when we were ready to retire on a shoestring, we needed something that would fit our very small budget. Certainly the 6-digit price of houses was out of reach. Mobile homes were a possibility, but they were scarce in the HRM.

So Mary Jo got on the Web and found a small town called Berwick in Nova Scotia’s Annapolis Valley — where a senior was selling her mobile home, in a park within walking distance to grocery stores, clinics, etc. Great for us, who never had a car, and always got around by bus or bike!

We got a very inexpensive one there, and spent twice as much over several years refurbishing it: better insulation, new windows and doors, new pitched roof, and a mini-split heat pump, which combines winter heat and summer air conditioning.

I am always amazed at how well we live, despite a poverty-level income. It is because we avoid two major expenses: a car, and a full-size house. I am also surprised at how seldom the mobile-home option is discussed or available as affordable housing. Since we came to Chute’s Mobile Home Park almost 14 years ago, the name has changed to “West Point Homes”. The official new terminology is “land-lease communities” instead of “trailer parks”, and mobile homes are now called “manufactured housing”. Our first visitors were Bob and Mona Wallace, old-timers here, who began the Douglas Avenue Neighborhood Watch (currently led by Jane Perry), whereby residents keep an eye open for suspicious intruders and homes when the owner is out of town, etc. Crime reports are a rarity now, although several years ago, one resident used a provincial program to displace a drug dealer.

The founder of West Point Homes is Lewis Chute, a long-time civic personage in Berwick (who made 83,000 concrete blocks for the original Town Hall). His wife, Inez, does the bookkeeping; his daughter, Kathryn Morse, is the manager; and her son Nathan, does maintenance. They have also been seeking to upgrade the park, by seeing to it that junky dwellings are not brought in, and that new or existing ones have pitched roofs. Last year, Nathan graded a walking path in and around the former sand quarry nearby, and they have even erected a Berwick-style entry sign in a stone flower bed.

I commend Lewis Chute for constructing this facility, and only wish there were more of them. In a town like Berwick with many retirees, we should not have only expensive housing and rentals. There is certainly a need, and room, to have well-run and affordable land-lease communities.

You can even visit West Point Homes via Google Maps Street View at
tinyurl.com/zt3c6fg 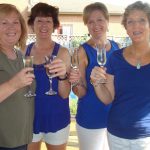