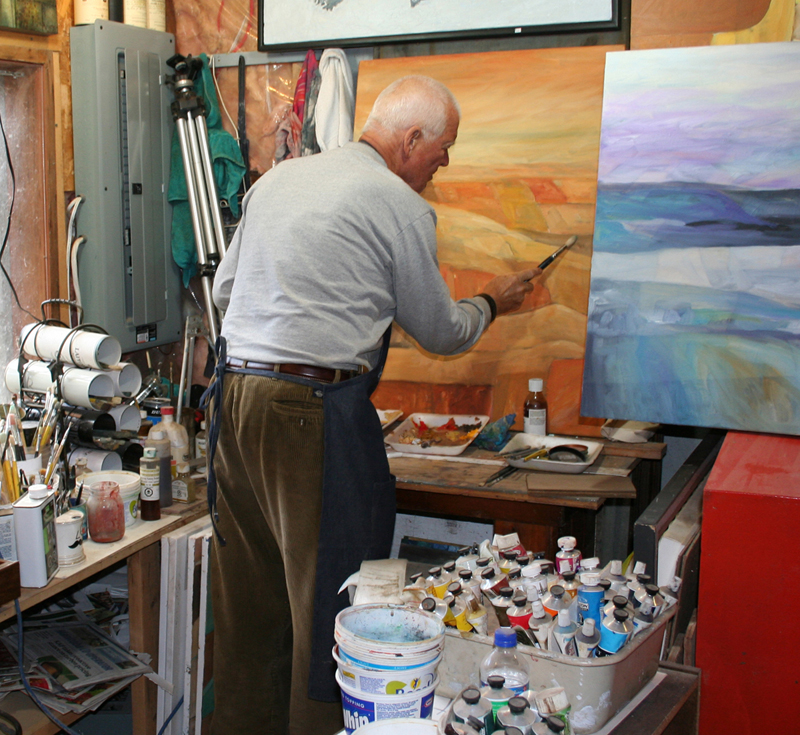 0
Featurepreneur: The Business of Being an Artist in the Valley
By Genevieve Allen Hearn
Bob Hainstock became a creative entrepreneur later in life, after 26 years of working as an author and journalist. He graduated from the Nova Scotia College of Art & Design in 1996 with majors in printmaking and painting and began to slowly build his reputation and style in his home studio on the edge of the North Mountain, overlooking the Annapolis Valley’s patchwork landscape. Bob has earned creative awards from the Canada Council and Arts Nova Scotia, had his work selected for many private and public collections in Canada and the U.S., and teaches at Acadia University, Ross Creek Centre of the Arts, and workshops across Atlantic Canada. Bob’s work has been featured in 24 solo exhibitions across Canada, as well as over 27 group exhibitions in Canada, the U.S., England, Scotland, Japan, and China.
While we could spend all day talking to Bob about his artistic style, his environmental philosophy, and the way the rural landscape is reflected in his work, we decided to pick his brain about the business of being an artist.
The Grapevine (GV): How does being located in the Valley present opportunities/challenges for artists?
Bob Hainstock (BH): Most visual artists will quickly recognize that a regional market such as the Valley will probably not support a full time professional career. Like their starving city cousins, the Valley artist will have to make choices. Do they combine part-time work with part-time studio practice until the studio can stand on its own financial feet? Will they have the time and energy to find opportunities seen in other provinces or countries, and will they have the same opportunities to collaborate with other artists in career-building projects? But while they are slowly building that career independence, they will be accepted and appreciated in the broader community as potential assets to the region, and as worthwhile and interesting citizens. Unfortunately, newer artists will also quickly realize that people aren’t used to paying full price for art in the Valley. After all, they already have a friend or neighbor who is an artist and will give them a really good deal.
GV: Are there any resources in the region to support a career in the arts?
BH: The Valley is home to a very diverse and slowly expanding population of professional artists who live in very different communities and career conditions.  It’s this reality of a generally confident and modestly successful body of creators that provides the most valuable resource to newer or younger artists on how to balance the advantages of living and working in the distinct pace and values of rural culture, with the practical challenges of distance from major markets, suppliers, and provincial arts organizations. This existing group of independent, established artists is perhaps the greatest resource simply in their continued existence, but also as accessible mentors and instructors.
GV: Is there anything missing that would benefit creative entrepreneurs?
BH: While the internet has yet to wield its awesome power for reshaping the business side of the art world, the traditional system of art galleries as primary gate keepers is under huge survival pressure. There are more artists creating visual work than ever before. Prices have never been better. More people say they are buying art than ever before. And yet the brick-n-mortar galleries are failing.  In small regional markets that have little potential for big population gains or increases in well-heeled cultural tourists, the needs of artists and consumers will best be served by the co-op model for exhibition and sale, but also shared creative and production spaces.
GV: What do you believe is the most vital thing the community can do to support local artists?
BH: A community is represented by municipal government with its policies and regulation. Its taxation or zoning policies can make small creative ventures in towns or rural areas either viable or not.  Its elected officials can promote and encourage cultural industry by working with regional arts/culture leadership. Unfortunately, centralized culture leadership and resources have not been a desired goal by our broader art community for many reasons. If regional governments believe in the economic and social benefits of cultural sector growth, then they should cajole individual artist leaders until there is a regional federation or council in place, with which local government can negotiate and develop policy, and individual artists can look to for problem solving and accountability.
GV: What advice would you give to artists starting their career?
BH: There are gifted artists and there are determined artists. And perhaps a very few with both qualities. But without determination or stubbornness, there is no career. And you can’t buy that stuff at Walmart or Canadian Tire. You either want it bad enough or not.
Bob Hainstock’s work will be at the Acadia University Gallery October 13 – November 20. He also has a 2-person show at Peer Gallery in Lunenburg in October and a small show at Dan Froese Gallery in Annapolis Royal in September – October. Bob works alongside his wife, Judy Hainstock, who is a ceramic artist. Their studio is open to visitors on Brow of Mountain Road. hainstockgallery.com 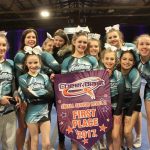